UFC: Conor McGregor reflects how he became the first ever Champ Champ – 6 years ago! 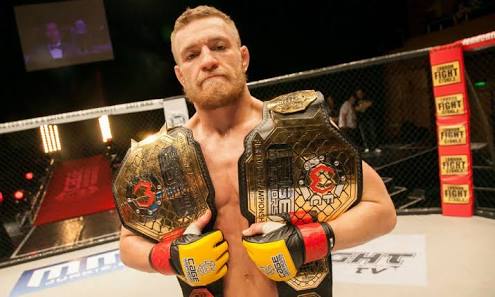 Former UFC featherweight and lightweight champion ‘The Notorious’ Conor McGregor is undoubtedly the biggest star in the history of the sport.

In November 2016, McGregor absolutely destroyed then lightweight champion Eddie Alvarez via second round TKO to become only the fourth fighter to hold belts in two different weight classes and the first fighter to hold them simultaneously. 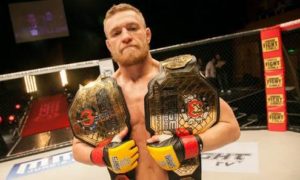 McGregor had no shadow of a doubt that he would achieve this feat one day. However this unwavering confidence came from achieving a similar accomplishment six years ago. (via Twitter):

6 years ago today. My first time as Champ Champ. It wasn’t until I won my second double that I trademarked it.
The O.G Champ Champ! pic.twitter.com/xjpbQA064Y

Exactly six years ago on December 31, 2012, before competing under the UFC banner, McGregor became the Cage Warriors featherweight and lightweight champion becoming the first European professional mixed martial artist to hold titles in two divisions simultaneously. This astonishing feat paved the way for McGregor to compete in the UFC and later become the double champ there as well.