UFC: GSP’s coach picks against Conor McGregor in Max Holloway rematch and the Irishman burns him on Twitter 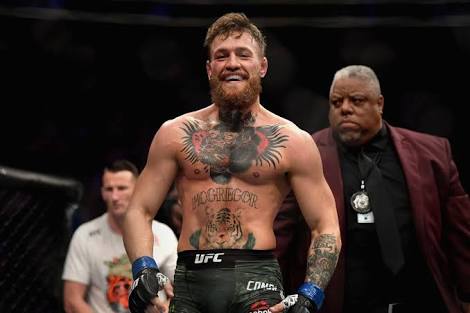 Firas Zahabi probably runs one of the best gyms on the planet in Tristar which has been chunking high calibre fighters. Zahabi is also considered one of the most knowledgeable minds in the sport of MMA, famously grooming former welterweight and middleweight champion Georges St-Pierre.

Zahabi has always had an analytical mindset when it comes to various topics in the MMA community. One of his recent opinions included picking featherweight champion Max ‘Blessed’ Holloway to win over former double champ ‘The Notorious’ Conor McGregor in a rematch. 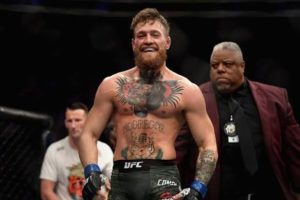 Zahabi’s point of view obviously didn’t go well against McGregor who is still in the aftermath of his UFC 229 loss against Khabib Nurmagomedov. A heated McGregor took to Twitter calling Zahabi as a ‘twerp’. (via Twitter):

Hey firaz. Young man afraid to get in and fight, himself. Stop talking about me like you know me, you twerp.
You are what age? Why are not in there yourself? Are you not up to it?
You rent dorms and hit a clock for a living.
Shut your pie, kid.

“Holloway has grown leaps and bounds since then,” Zahabi said in a Q&A on the Tristar Gym YouTube page. “Holloway would outpunch him, outwork him. He would do very much what (Nate) Diaz did, but more. I think McGregor got away with a lot of stuff, like the leg kicks against Diaz, but I don’t think he’ll have that against Holloway.

“Holloway has the same type of output as Diaz, the same kind of chin as Diaz. He’s more athletic than Diaz, he has more variety in his attacks, he has more kicking, kneeing and elbowing, and his chin is just phenomenal. So I really think he would take it in the later rounds. I think the blueprint for beating McGregor is more well understood by the roster.”

UFC: Conor McGregor reflects how he became the first ever Champ Champ – 6 years ago!

Previous articleKatlyn Chookagian calls out Nicco Montano, wonders if she is still a fighter
Next articleHave you ever wondered who the guy in the ‘Proper No. Twelve’ truck is along with Conor McGregor?