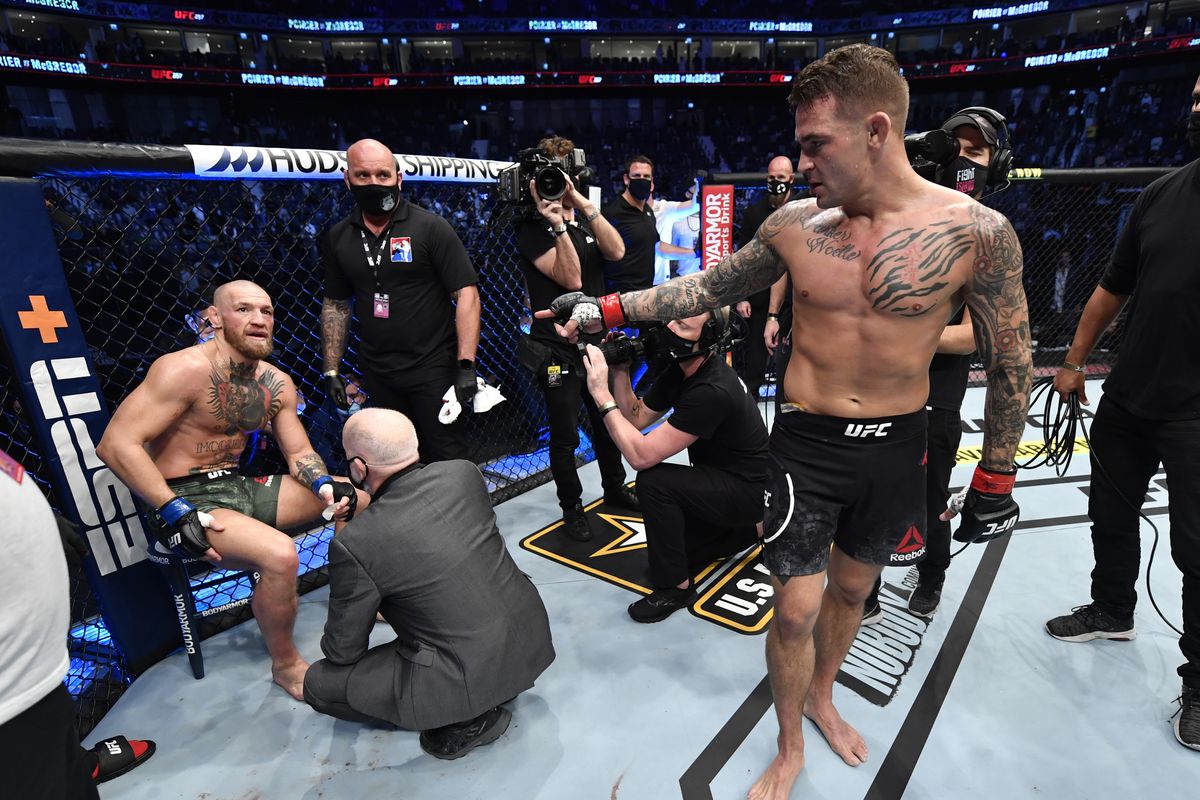 Former UFC lightweight and featherweight champion Conor McGregor has tweeted that his fight against Dustin Poirier is off.

Both Conor McGregor and Dustin Poirier have been talking trash about each other on Twitter over the Irishmen’s nonpayment of $500,000 to Poirier’s charitable foundation, ‘The Good Fight Foundation’.

Conor McGregor initially said that he was going to make a sizable donation of $500,000 to the foundation prior to their fight at UFC 257. However, Poirier claimed that he hadn’t received any sort of amount from the former champ. 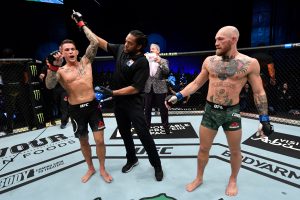 McGregor then claimed that the reason behind the non-payment of donation is because Team Poirier hadn’t provided him with details regarding the charity and the stuff the money was going to be spent on.

Now it seems, Conor McGregor has taken offence to Poirier’s tweet and has slammed the Louisiana native calling him an ‘Inbred Hillbilly’.

“You’re ripped you inbred hillbilly. Why do you wink with your ears? You fucking brain dead hillbilly. 500k with no plan in place. Ye hang tight. Fool. You must be new to money. The fight is off btw. I’m going to fight someone else on the 10th. Good luck on your old contract kid.” McGregor tweeted.

This resulted in an immediate response from Dustin Poirier.

Is the fight between Conor McGregor and Dustin Poirier off?

It’s highly unlikely that the fight between the duo is off. McGregor is known for playing mindgames before the fight and this might be one of his gameplans heading into the trilogy.

It’s also highly unlikely that the UFC would allow either fighter to pull out if both are healthy. The fight is destined to bring in a lot of eyeballs and this beef between both will definitely marinate the fight further.