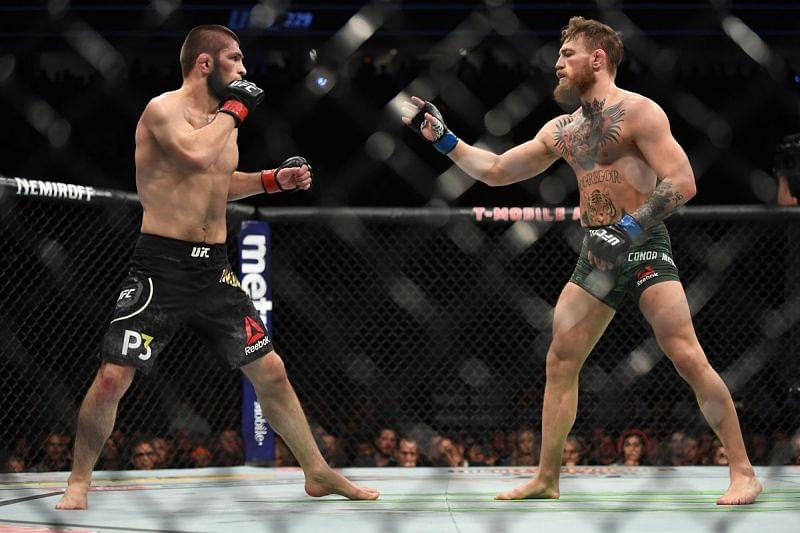 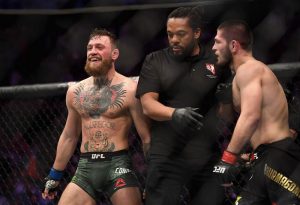 Conor McGregor went on an answering spree last night replying to queries from MMA fans worldwide. One fan asked him about Khabib Nurmagomedov, to which he replied by stating that, the Dagestani star was the current best in the sport.

A phenomenal grappler fighter. The current best in the sport with it.
I’ve the answer however and they know it.
Congrats on the plumbing apprenticeship and thank you for the well wishes!
Same to you and yours 🙏 https://t.co/AUCYizMjRk

Conor wrote- “A phenomenal grappler fighter. The current best in the sport with it. I’ve the answer however and they know it.”

While Conor McGregor did acknowledge Khabib as the current best in the sport, both pairs share a heated rivalry that dates back to April of 2018 when McGregor flew into New York from Dublin and attacked a bus at the Barclays Center filled with UFC fighters including Khabib Nurmagomedov.

The bus attack incident was used to hype up the PPV fight which was scheduled for October of 2018 at the T-Mobile Arena in Las Vegas. The promotion for the fight was extremely dark as religions and families were bought up.

However, at UFC 229, Khabib Nurmagomedov emerged victorious after submitting McGregor in the fourth round. Following his win, Khabib jumped cage to attack Dillon Danis who was present in McGregor’s corner.

While everything that happened after the fight was unfortunate, it was a good business for the UFC, as the fight sold 2.4 Million PPVs and was the highest-grossing PPV in UFC’s history.

Conor McGregor set to fight Dustin Poirier in a rematch

Meanwhile, the Irishmen is set to fight his former rival and former interim lightweight champion Dustin Poirier in a rematch early next year.

With that being said, he stated that it’s unclear if the fight will be for the lightweight title even if Khabib Nurmagomedov has announced his retirement from the sport following his submission win over Justin Gaethje at UFC 254 last month.

He stated that despite retiring from the sport, Khabib was still the UFC lightweight champion.

“He’s still the champ. There’s no vacant title right now or no interim title happening. He’s the champ and we’ll give him some time to figure out what he wants to do.” Dana White said. (H/T- Yahoo Sports)