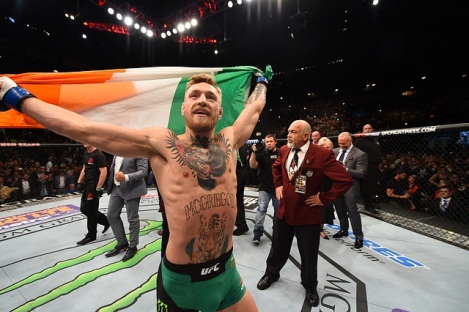 Many in the world of combat sports feel that the five division boxing world champion Floyd Mayweather can’t be beaten, but McGregor thinks that he is unlike anyone the boxer has ever faced.  On the contrary, Mayweather’s team feels differently about this.  The two will collide in what is expected to be the biggest event in combat sport’s history on August 26th.

The Notorious one feels that, Mayweather doesn’t have what it takes to bring down the Irishman. Moreover, McGregor also feels that the undefeated boxer’s training won’t work out in his favor as it will not be sufficient.  This is what the UFC Lightweight Champion had to say:

McGregor has in the past compared his style to that of the legendary martial artist Bruce Lee. According him, he feels that only Bruce Lee’s style of fighting can match his and mimicking it would be the only way Mayweather has a chance against him.

Though the Irishman’s super confidence wouldn’t surprise anyone, it is unfortunate that we can’t see much of McGregor’s awkward crowd-pleasing style due to boxing’s limitation to only punches.

“I’ve been in this life a long time. I’ve had these mega, mega-fights. I’m under this spotlight a long time, a lot longer than all his other previous opponents,” McGregor said. “So that’s where he’s probably feeling that that will come to his aid in there but I’ve experienced this time and time again. Couple that with true fights in the ring.”

McGregor has in the past been in super fights. His first super fight in the UFC was against Nate Diaz at 170pounds, followed by a rematch. And his last super fight was against the then lightweight champion, Eddie Alvarez who was dismantled in the hands of The Notorious one.

So far McGregor has displayed nothing but superb confidence, especially during the press conferences. Therefore, we can expect the ‘champ champ’ to put on an excellent show once again.