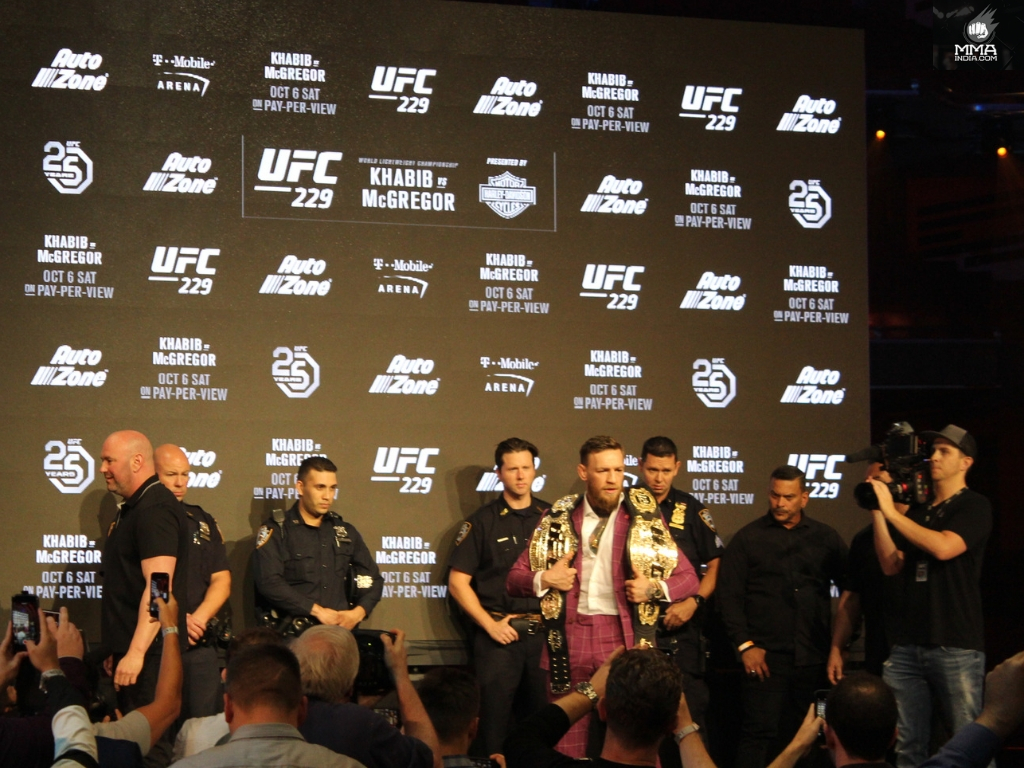 Conor McGregor without a doubt is the biggest star in MMA and he has signed a new six-fight deal with the UFC, president Dana White announced Thursday.

According to Darren Rovell of ESPN, the new deal will also position McGregor’s new liquor brand, Proper Whiskey, as a sponsor in every UFC event in which Irish superstar competes and he touted it prominently at today’s news conference at Radio City Music Hall in New York.

“Conor knows exactly what he’s worth and what he expects to get,” said White. “At the end of the day, he’s worth it. We were just looking at the streams and this press conference beat the highest rated MayMac the press tour. The kid is brilliant and not only can he talk, he shows up and he fights. He will fight anybody, anywhere, anytime.

“So it was not hard to get a deal done with Conor McGregor because we also know what he’s worth.”

This fight against Khabib Nurmagimedov on Oct. 6 will be first in nearly two years, he last fought in UFC against Eddie Alvarez in Madison Square Garden in New York at UFC 205. His last fight was in a boxing match against the legendary pound-for-pound star Floyd Mayweather, where lost via TKO in the tenth but he also made $99 Million according to Forbes making it his biggest career payday till date.

UFC 229 is scheduled to take place in T-Mobile Arena in Las Vegas on October 6.