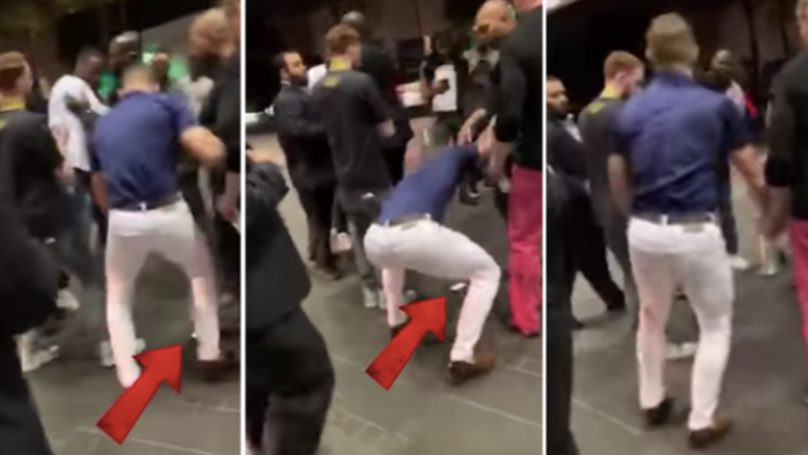 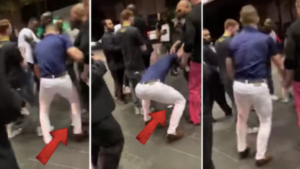 The Irish star was leaving the Fountainebleu Hotel at around 5:20 a.m. when the victim involved in altercation named Ahmed Abdirzak of England was also leaving the hotel. After spotting McGregor, Ahmed tried to take a photo of the UFC star, when Conor slapped the phone out of his hand and then he stomped it several times damaging and then he walked away with the damaged phone.

Now footage has appeared where McGregor is seen stomping the fans phone and the loud thud of the phone can be heard clearly. The victim can be heard shouting, “Let me get my phone, man!” in the video.