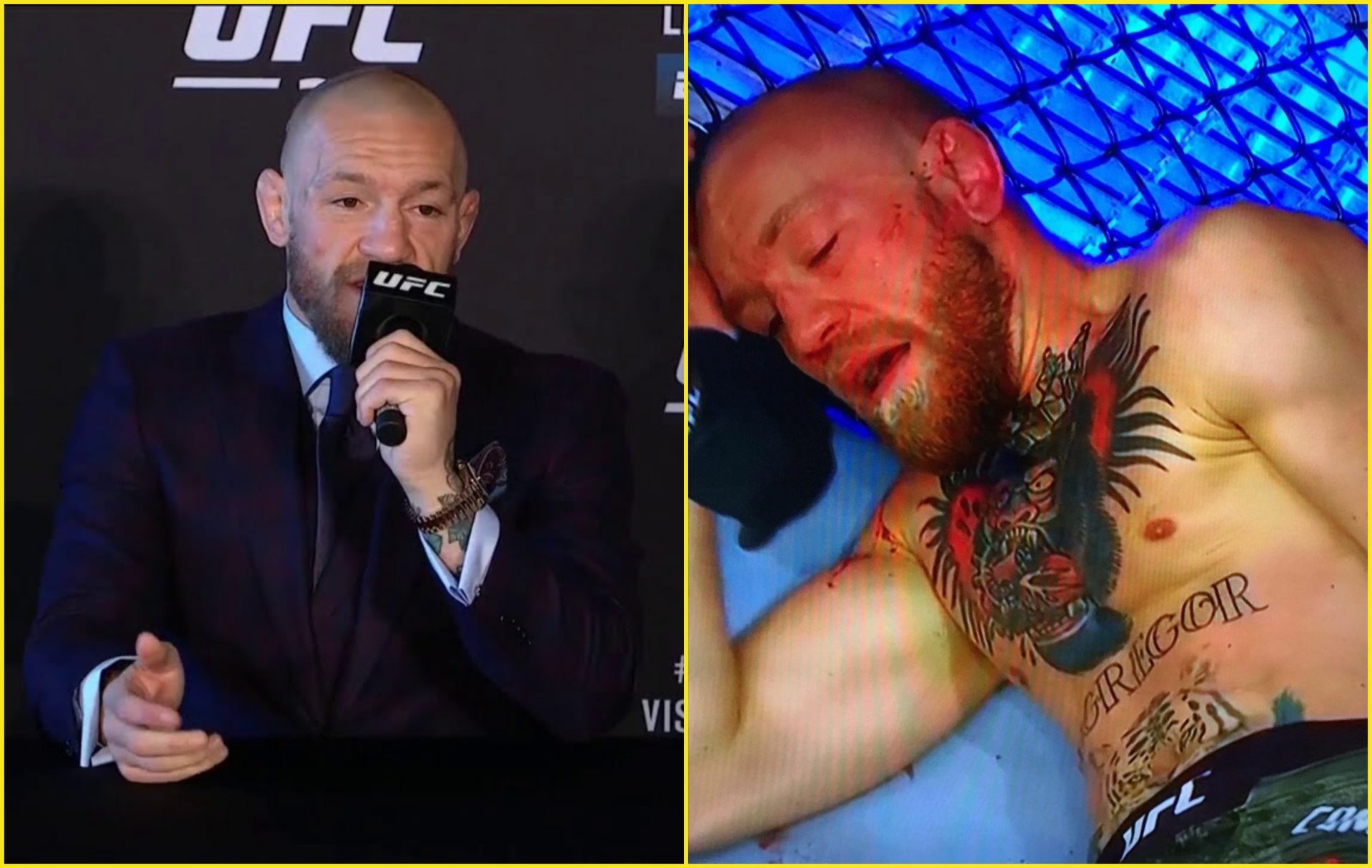 Former UFC featherweight and lightweight champion Conor McGregor suffered the first-ever stoppage loss of his MMA career against Dustin Poirier in the main event of UFC 257, which took place at the Fight Island in Abu Dhabi. 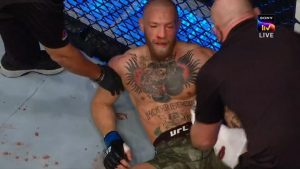 While speaking to the media at the UFC 257 post-fight press conference, Conor McGregor said that the loss was hard to take and that his leg was completely dead by the ferocious leg kicks from Dustin Poirier.

“It’s heartbreaking,” McGregor said. “It’s hard to take. The highest highs and the lowest lows in this game.”

“My leg is completely dead,” McGregor said. “Even though I felt like I was checking them, it was just sinking into the muscle in the front of the leg, and it was badly compromised. It was like an American football in my suit at the minute, so it is what it is.”

Conor McGregor will regroup and come back stronger

Conor McGregor said that he was going to go back and watch the fight to get a better sense of what happened in the main event of UFC 257 and regroup himself.

“It’s the whole shebang, but I have no excuses here. It was a phenomenal performance by Dustin. I don’t know what to say,” McGregor said. “I’m going to go back. I’m going to chill out. I’ll watch the full fight and get a better grasp on it. The leg was compromised. I was rushing the shots a little bit, and I didn’t adjust. That’s that. It’s a bitter pill to swallow. I don’t even know if I’m that upset. I don’t know what to say.”

“I’ll certainly regroup,” McGregor said. “I’ll regroup. I’ll pick myself off the floor and go again. That’s it. Styles make fights. There’s many great stylistic fights out there. Myself and Dustin are one-and-one. Myself and Nate are one-and-one. There are many good matchups for me. I’ll adopt a different approach for the trilogy. … I have a lot more weapons I didn’t get to show. It wasn’t my night. It wasn’t a great night. Again, no excuses. Hats off. (I’ll) regroup and pick myself up. I look forward to going back now and seeing the kids and just taking the licks.” (H/T-MMAJunkie.com)

What do you guys think is next for Conor McGregor? Let us know in the comments section below.