‘Retired’ Conor McGregor sets his eyes on next target: the WWE Championship! 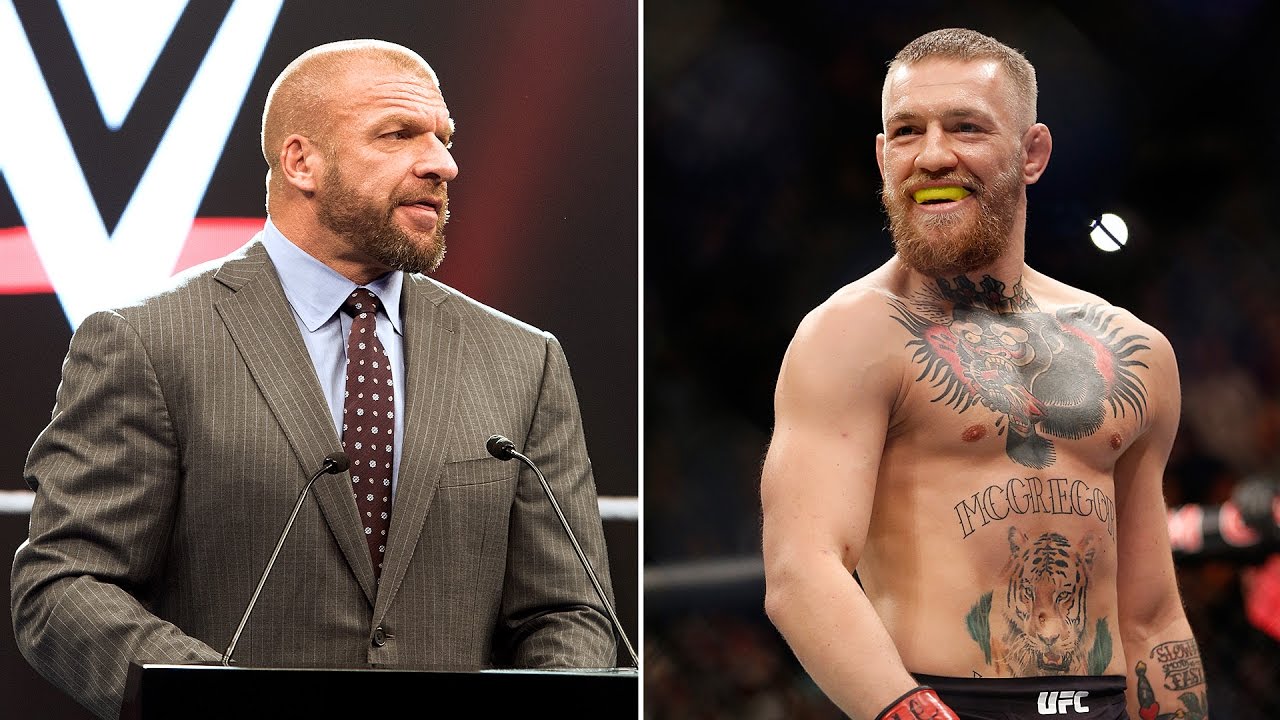 However, he isn’t the one to miss a marketing opportunity and now he has taken to Instagram flirting with the idea of moving to WWE.

Conor McGregor shared the image uploaded by his website editors The MacLife and tagged Stephanie McMahon, who is the Chief Brand Officer of the WWE. 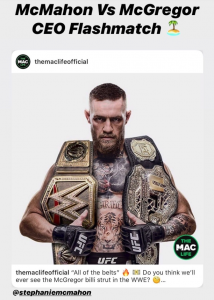 Will we see Conor McGregor step in the world of Pro Wrestling?

When Conor McGregor put the entire WWE on blast

For a man that shows enough interest to step into the WWE ring, Conor McGregor has had his fair share of back and forth with the WWE superstars. Back in 2016, he called John Cena a failed Mr Olympia.

“What’s the main guy? John Cena. He’s 40 years of age. He’s walking around in a luminous orange t-shirt and a headband talking about nobody can see him. We can see him right there. He’s a big fat, 40-year-old failed Mr. Olympia mother f*cker.”- Conor McGregor said during a media event at UFC 202.

McGregor was also criticised by WWE legend Ric Flair who accused the Irishmen of copying his persona.

“I don’t know what to say to Ric Flair, This ain’t no gimmick. This is the real sh*t. I’ve gotta get in and fight a man for real. With no script, with no nothing. He was talking about bringing some other wrestler guys out to challenge me. Come bring it, then. This is the real shit over here. You know want to come over, we can fight no problem. A few of them are talking about the street and all. If they want to do that, come at me and see what happens.”- Conor McGregor responded to Flair.

He then stated that WWE wrestlers weren’t right in their head and referred to them as ‘Dweebs’.

“These WWE guys, they’re not right in the head, some of them. The new age [wrestlers] are dweebs. Absolute dweebs”- McGregor said.

While McGregor had to say a lot about WWE superstars, Triple H, who is the current ‘Executive Vice President of Global Talent Strategy & Development for WWE’ loves the showmanship in McGregor.

He stated that he wants to sign the Irishmen and make a match between him and Vince McMahon.

“I think that Conor McGregor versus McMahon with that Billion Dollar Walk on the line? I think that’s a match made in heaven!” Triple H said a few months ago.

Do you guys want to see McGregor in WWE?

Triple H: Conor McGregor vs Vince McMahon in WWE will be a match made in heaven!