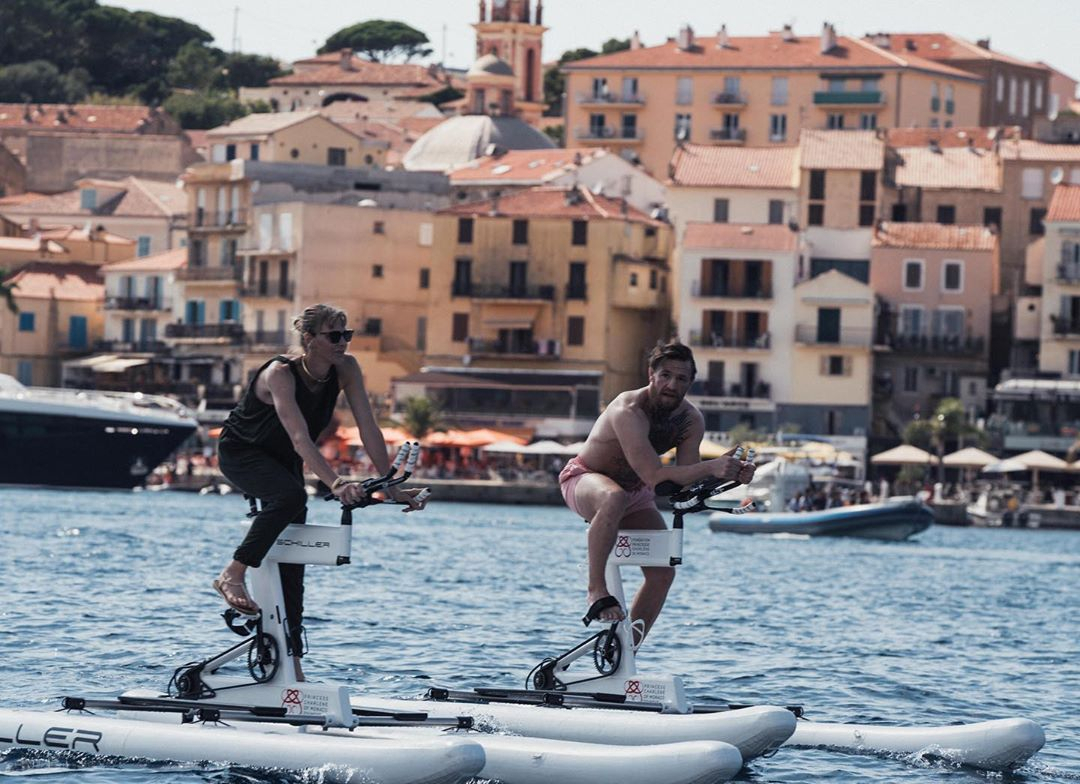 Conor McGregor, the former UFC featherweight and lightweight champion who is retired from the sport is planning to do a sea bike trip with the Princess of Monaco.

The MMA superstar Conor McGregor will begin this 110-mile journey on a sea bike, apparently with Princess Charlene of Monaco for company. McGregor opened up on this planned journey, which he will begin on September 12, in a recent Instagram post.

Another day closer to #TheCrossing! Great work today with her highness Princess Charlene of Monaco! Training between the elements of night and day to prepare for our 180km voyage from Corsica to Monaco by sea bike. We are estimating upwards of 30 hours for completion. This September 12th! We are ready! @fondationprincessecharlene working diligently to promote water safety and ocean hygiene. @hshprincesscharlene @mcgregorfast @reebok

He wrote in the caption of the post “Another day closer to #TheCrossing!Great work today with her highness Princess Charlene of Monaco,” McGregor wrote in a post that included several photos of his preparations. “Training between the elements of night and day to prepare for our 180km voyage from Corsica to Monaco by sea bike. We are estimating upwards of 30 hours for completion. This September 12th! We are ready! @fondationprincessecharlene working diligently to promote water safety and ocean hygiene.” 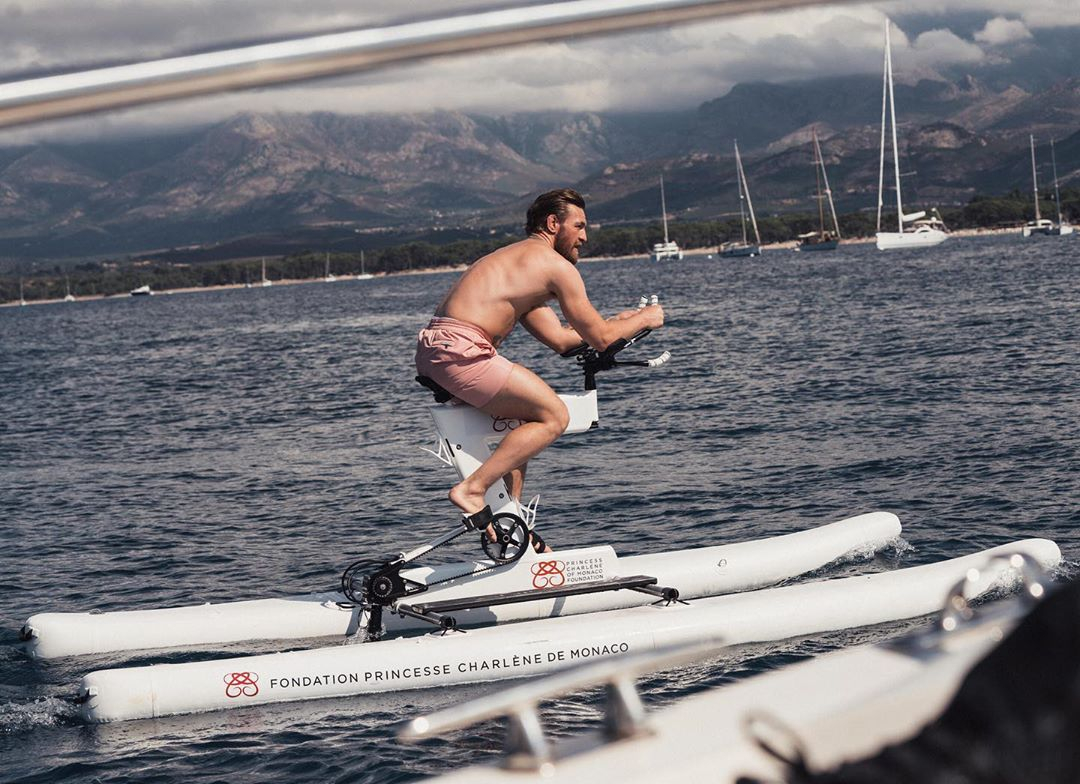 Conor McGregor planning to do a 110-mile sea bike trip

It’s not the first time the MMA fighter was seen socializing with the royals and last month he took part in a water bike race where he faced off against Princess Charlene in a challenge in the waters of Monte Carlo.

Sharing his excitement at taking part, Conor also posted: “A Great day racing the water bikes with Princess Charlene of Monaco. A phenomenal athlete and Olympian, we are teaming up for a 180km voyage in September to raise awareness in water safety. I cannot wait! We will be utilizing my training under the McGregor F.A.S.T program to excel on these mounted water bike devices, which are incredibly good! It is like Freedom out there! Thank you for the great day for my family Your Highness.”

Conor has spent some of his time with the royals while holidaying in France, with other snaps showing McGregor posing topless with Prince Albert II, 62, and standing with his arms around the royal couple alongside Dee, the mother of his two children. It appears the royal connection may go back several years, with McGregor first meeting Princess Charlene of Monaco’s brother, Gareth Wittstock, in May 2016.

Conor is obviously retired from the sport of MMA for now at least as most of the fans believe that he will come back to the fight game soon as he can’t be away for too long.

But it seems like he is enjoying his retirement life pretty well and has lots of other businesses planned as well.