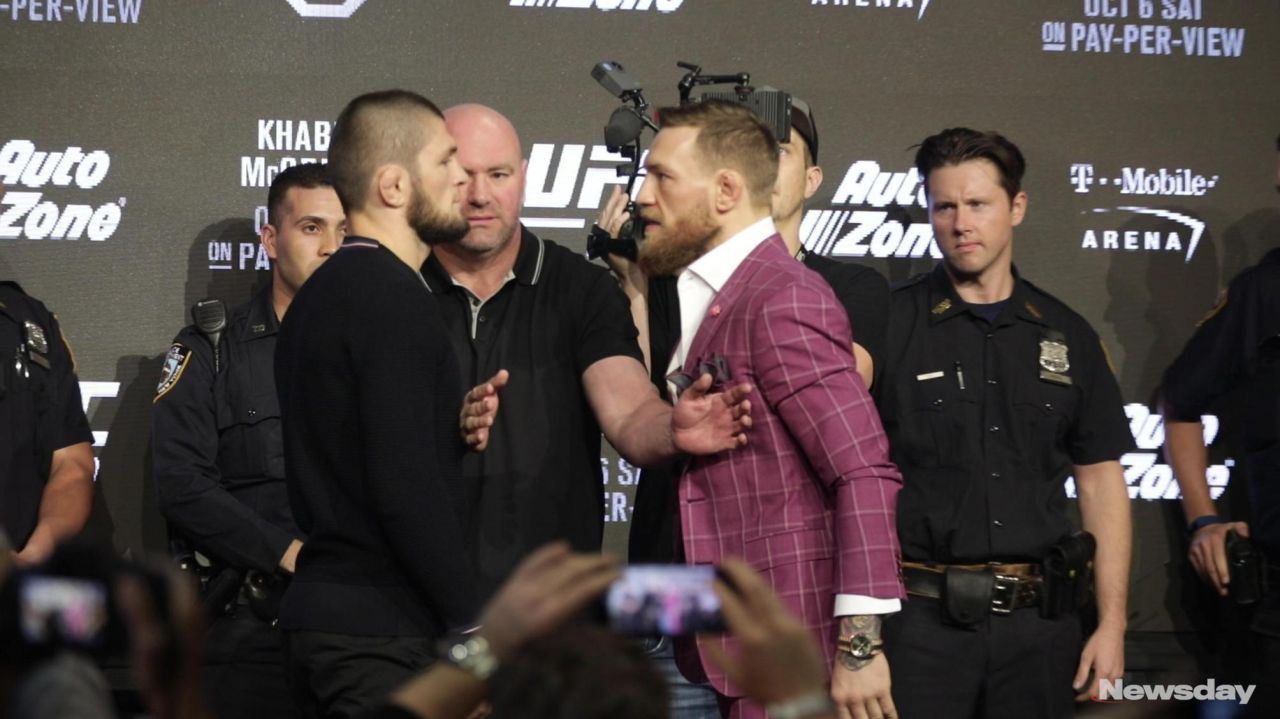 The UFC lightweight champion Khabib “The Eagle” Nurmagomedov and former two weight champion “The Notorious” Conor McGregor finally faced off against each other officially in a presser. There was plenty of trash-talking involved and some extremely personal digs were made as well. McGregor being a master of the microphone, verbally assaulted Nurmagomedov, who seemed absolutely unfazed with the Irishman’s comments. However, the true masterclass of McGregor’s trash-talking was displayed when the duo had no microphones and faced of each other. “Mystic Mac” sent a chilling warning to the champion that has heated up things between them even more than before. 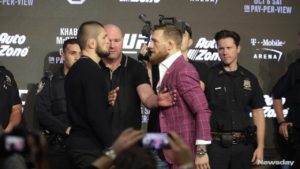 McGregor and Nurmagomedov faced off with the UFC President Dana White being the mediator. White urged the duo not to get physically involved in a scuffle and not to touch each other. While their face-off was relatively normal as they did not get violent, certain cameras behind White picked up what McGregor told Nurmagomedov during the face-off. And it is truly spine-chilling! McGregor said that he could see blue-lips and that Nurmagomedov is dead!

Here’s what he said:

Come on, I’m not gonna touch him. Let’s get close to each other. Look into the eyes kid.

Below is the video in which McGregor can be seen making the following comments: