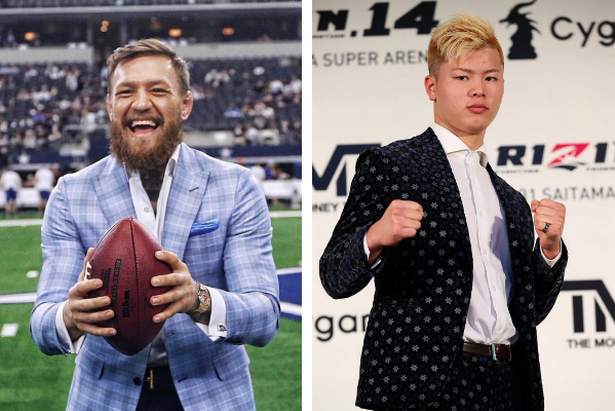 Just a week after Japanese Kickboxing sensation Tenshin Nasukawa got brutally knocked out in an exhibition boxing match at RIZIN 14 against Floyd Mayweather on New Year’s Eve in Japan, the Japanese kickboxer has been challenged by former two-division UFC champion Conor McGregor in a Mixed Martial Arts exhibition bout. 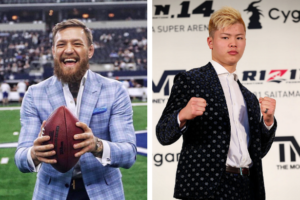 I wish to go to Tokyo to face Tenshin Nasukawa in a Mixed Martial Arts exhibition bout.
Before this summer.
Please arrange this, this instant.
Yours sincerely
The champ champ. @ufc @ParadigmSM

“I wish to go to Tokyo to face Tenshin Nasukawa in a Mixed Martial Arts exhibition bout,” he wrote on Twitter.

“Please arrange this, this instant. Yours sincerely, the champ champ,” he added in a tweet directed to the Ultimate Fighting Championship and his management company Paradigm Sports.

In a subsequent tweet, he said: “I’m the real Django no holds barred.”

McGregor’s fighting future is currently unsure, as he awaits his sanction from the Nevada State Athletic Commission for the UFC 229 post-fight brawl in October. The hearing is scheduled for Jan. 29, 2019.

As much as McGregor would like to fight in Japan, he is under contract with the UFC and it’s unlikely that they would grant him permission for an exhibition match.