Conor McGregor versus Floyd Mayweather – Will history repeat itself?

Conor McGregor versus Floyd Mayweather – Will
history repeat itself?
Certain things have a way of working themselves out. For the longest time, there has been a
debate between the MMA community and the boxing community, as to which sport is more popular.
Conventionally, you’d go with one side; however, conventions and traditions no longer play a
prominent role, and today, everything runs on the financial side of things. 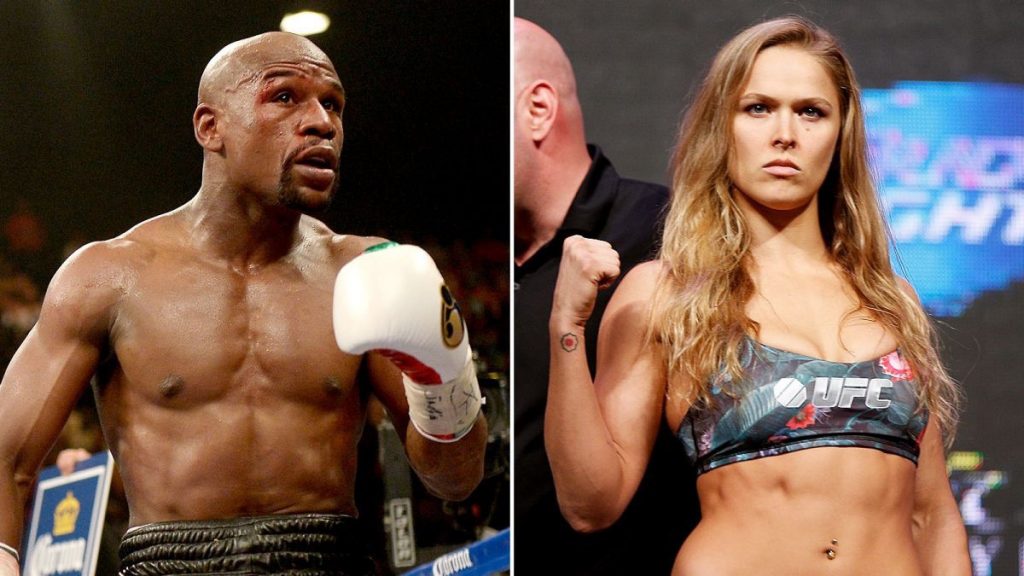 For someone like Dana White, who has always been at odds with the more prominent figures in
boxing – whether it is Bob Arum or Floyd Mayweather Jr., he certainly has been chasing the “mega
fight” that could very well change the landscape of combat sports. Remember a time when ‘the
invincible’ Ronda Rousey was touted to take on – and beat – Floyd Mayweather Jr. in a street fight?

The flavour of the month, once again, seems to be a potential fight between “Money” Mayweather
and Conor McGregor. What started as a rumour and a fantasy match up between Ronda Rousey
and Floyd Mayweather Jr. has now escalated to both parties talking about revenue shares and
disclosed payouts. This discussion, however, makes more sense, as it is between Floyd
Mayweather and Conor McGregor.

But how much sense does this entire scenario really make? Is there a precedence for a cross –
over fight? And if so, what were its implications?
Before talking about the realistic chances of Conor – Floyd getting inside a boxing ring, we need to
talk about one of the most infamous nights in combat sports history, which took place over four
decades ago in 1976. 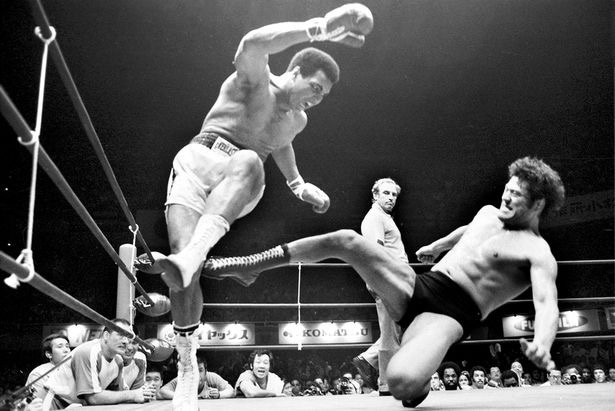 The history of mixed martial arts can be traced back to ancient Greece, and up until the early 20th
century, fights were contested under special rules. However, the sport wasn’t as prominent, and
with professional wrestling exploding onto the scene — with the kayfabe aspect still intact —
people often couldn’t distinguish between pro wrestling and MMA.

However, in 1976, a monumental match between two icons changed the landscape of combat
sports. At the time, Japan was the hotbed for professional wrestling (or puroresu) and martial arts,
and the competitors were treated as national treasures. It was also during this period that
Muhammad Ali emerged as an American hero – a champion who would take on all comers, and
prove to the world that he was the best boxer alive.

It won’t take long for two of the biggest egos in combat sports to cross paths, and that is exactly
what happened between Inoki and Ali. Different versions of their ‘fight’ exist, considering
professional wrestling was still considered to be a legitimate hand – to – hand combat sport at the
time of their bout. While the details of the exact rules of the fight are sketchy, their encounter led to
the birth of modern MMA.

The ‘fight’ itself wasn’t spectacular; Inoki laid on his back for almost the entirety of the fight,
throwing kicks at Ali’s leg, while Ali barely connected with punches. However, in the end, the
spectacle was broadcasted in 34 countries, reaching an estimated audience of 1.4 billion people!
The revenue generated by the event was enormous, and the live gate breaking records in Japan.
Inoki’s students, Minoru Suzuki and Masakatsu Funaki later founded Pancrase in 1993, and the
rest, as they say, is history.

How realistic is the potential ‘super fight’ between Conor McGregor and Floyd Mayweather
Jr.?
Now comes the all important question – while everyone is talking about the potential crossover fight
between “Mystic Mac” and “Money” Mayweather, how realistic — or futile — are the
conversations? For months, McGregor’s team and Floyd’s team have been going back and forth
regarding a potential showdown between two of the biggest draws in combat sports today. 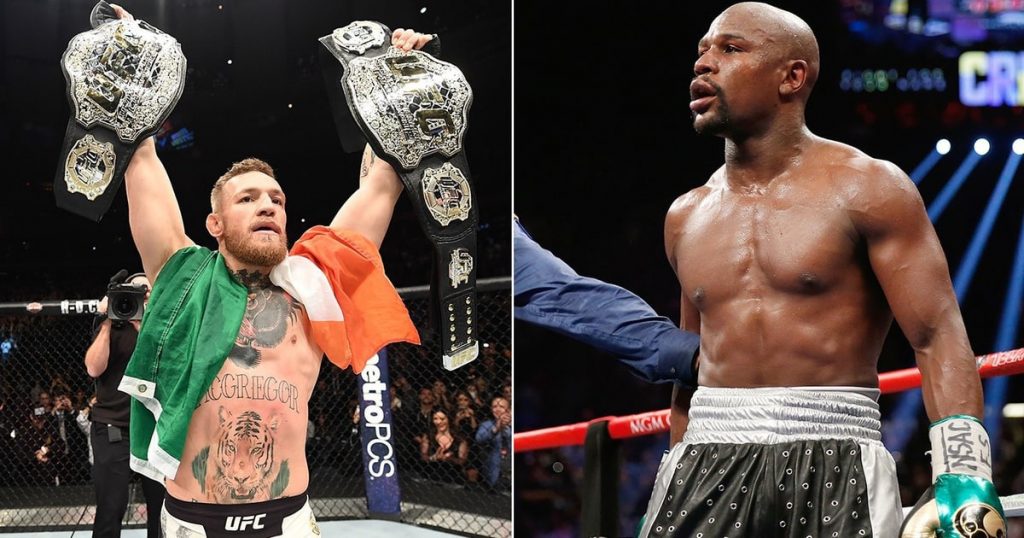 However, those were just talks, until Conor McGregor applied for – and was granted – a boxing
license in the state of California.

Conor’s audacious attempt has drawn admiration from the most unlikeliest of personalities – even
from certain someone who knows just what they are talking about. Bob Arum – the long time
antagonist in Dana White’s story – recently expressed his admiration for Conor, for acquiring boxing
license. In Arum’s eyes, Conor’s attempt to box Floyd is a chess move – the one he is playing with
the UFC brass.

After his last fight with Eddie Alvarez, Conor made it clear that he wanted a stake in the promotion.
While I don’t like to use the word “monopolisation”, UFC has indeed placed itself as the leading
MMA promotion in the world, buying out its competition and purging leading fighters from different
promotions.

So is this Conor’s attempt to make the UFC brass sweat? If it is, then Dana White has made his
move – by making an offer to Floyd Mayweather Jr. While Floyd said he wouldn’t budge for
anything less than $ 100 million, Dana offered an even $ 25 million for Floyd and Conor as the
disclosed payout, along with PPV points.

Floyd is considered to be one of the greatest boxers in the history of the sport, and is known for his
almost impenetrable defence. For someone whose second to last fight was against yet another
legend, it would be criminal to face Conor, with minimal to no experience in professional boxing.
But don’t take our word for it. Listen to what van Heerden, who recently sparred with Conor leading
up to his rematch with Nate Diaz, had to say.


But, as I earlier said, money talks.