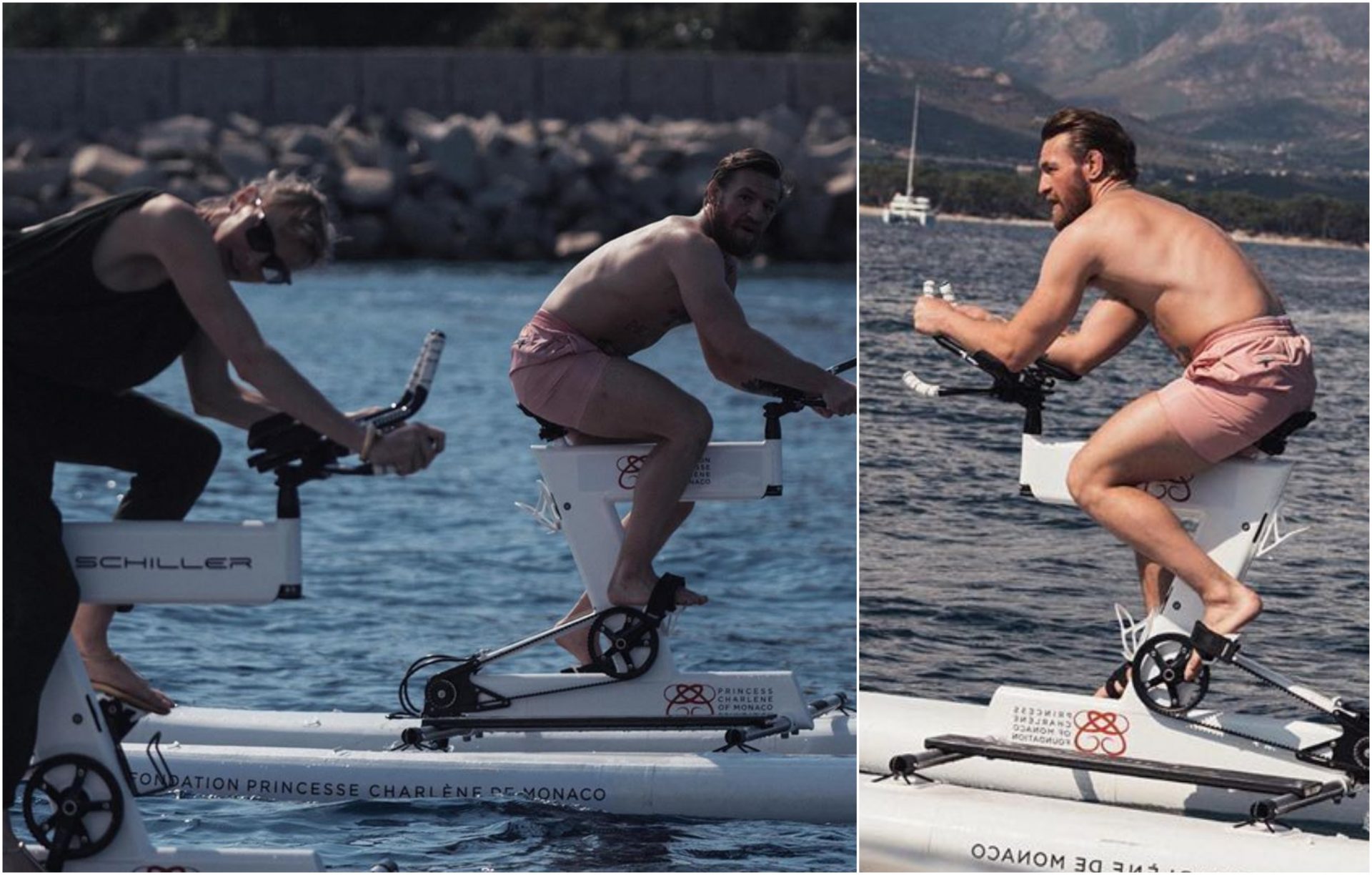 Former two-division UFC champion Conor McGregor announced his retirement from the sport of Mixed Martial Arts a few months ago.

While he is retired, he is very much active on social media and he will also be taking part in a charity event later this year. He will be amongst the athletes taking part in a 180km water voyage with Princess Charlene of Monaco.

Conor McGregor was present in Monaco along with his girlfriend Dee Devlin and his kids. He took part in a water bike race. In a highly competitive race, the Irish superstar beat Princess Charlene.

Princess Charlene is a Zimbabwean-South African former Olympic swimmer and the Princess consort of Monaco as the wife of Prince Albert II. 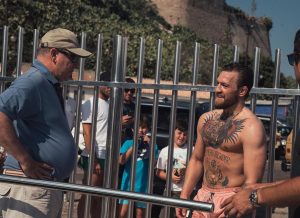 It’s not the first time that the Irishmen met with the Royals from Monaco. The connection goes back to 2016 when McGregor met Princess Charlene’s brother Gareth Wittstock.

The Court of Monaco and his team dropped by the beach house last week! Nice to meet you Gareth my man!’ Conor McGregor wrote on Facebook.

In a social media post, McGregor wrote that the charity ride will be 24-hours long. The race will take place on 12 and 13 September. It will feature two teams of four internationally renowned athletes take turns to ‘cycle’ 180km from Calvi, in Corsica, to Monaco.

‘A Great day racing the water bikes with Princess Charlene of Monaco. A phenomenal athlete and Olympian, we are teaming up for a 180km voyage in September to raise awareness in water safety. I cannot wait!

‘We will be utilising my training under the McGregor F.A.S.T program to excel on these mounted water bike devices, which are incredibly good! It is like Freedom out there! Thank you for the great day for my family Your Highness.’ Conor McGregor said.

The entire race will benefit the foundation run by Princess Charlene of Monaco and it will be used to raise awareness for programs like ‘Learn to Swim’ and ‘Water Safety’.

During the Instagram live session earlier this month, John Kavanagh stated that he if McGregor does decide to return to the UFC, he would like to see him fight Gaethje, Diaz Trilogy and Khabib rematch.