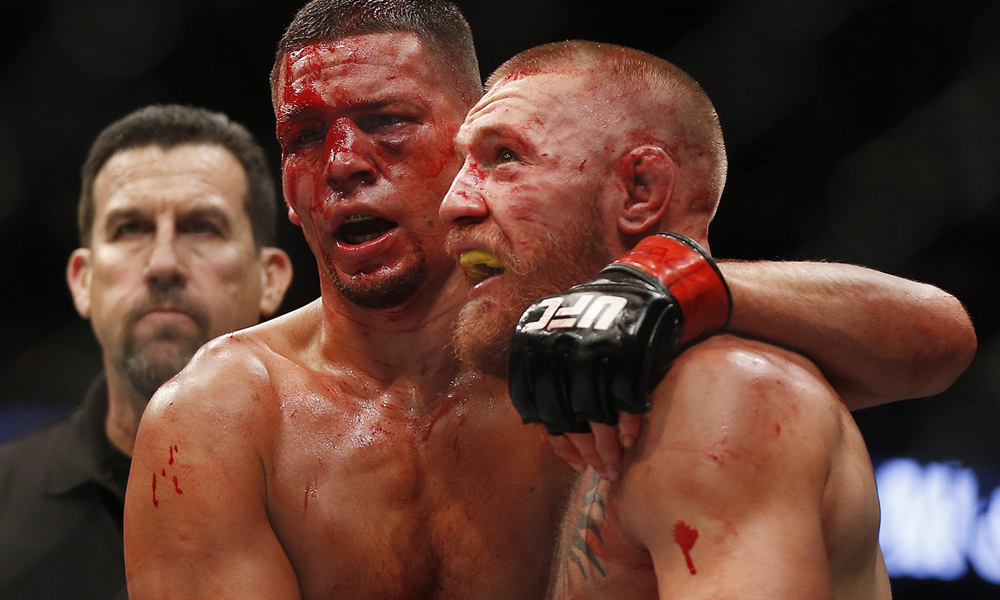 Former UFC middleweight champion Anderson Silva and top contender Israel Adesanya engaged in an epic three-round fight at the main event at the Rod Lavar Arena in Melbourne, Australia. The fight ended with Israel winning the fight via unanimous decision.

At the post-fight octagon interview, Silva said he is interested in fighting at his hometown of Curitiba, Brazil. He was supposed to fight in Curitiba back in 2016 against Uriah Hall as he had to undergo gallbladder surgery. 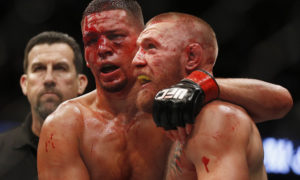 Now Silva was asked by the post-fight press conference about his future plans, he revealed that he wants to fight his former foe, Nick Diaz in Curitiba.

“Because the last time I tried to fight in Curitiba, I had a problem and I come out the card and now I have a chance to fight in my city,” Silva said to the reporters.

“I talked to my team and I think it makes sense for me and Nick Diaz to fight in Curitiba.” He said.

As Silva was talking to the reporters about his plans, former two-division world champion Conor McGregor came up with a brilliant plan and quoted UFC’s Tweet telling the promotion to book the fight and said that he will fight Nate Diaz on the same card.

A trilogy fight between Nate Diaz and Conor McGregor has been in demand amongst fight fans and the Curitiba might just be the place to organise the fight. We will have to wait and see if UFC agrees to it.

Previous article
Twitter reacts to Israel Adesanya’s striking chessmatch with Anderson Silva at UFC 234
Next article
UFC: Kelvin Gastelum declares himself as the UFC champ after Robert Whittaker was forced to withdraw from UFC 234
- Advertisement -