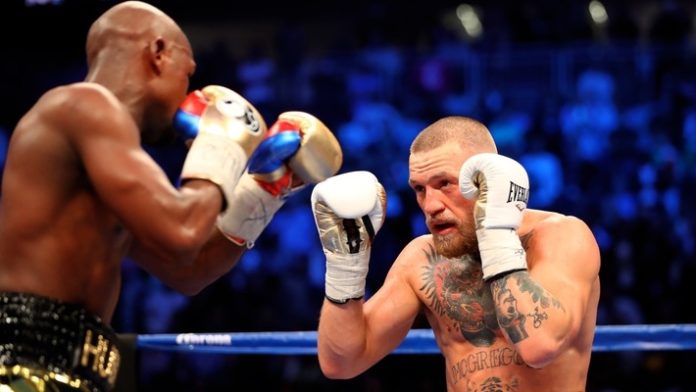 Recently, Conor McGregor gave an interview to Tony Robbins where he discussed his recent losses, including the Floyd Mayweather fight.

McGregor said the following about the Mayweather fight :

“I was whooping him in the early rounds,” McGregor said (transcript via MMAWeekly). “I actually went back to my corner after the first round and said ‘this is easy’. I literally said that to my corner man, this is easy and then he had to switch up his style.

“Now you’ve got to respect that. That’s what a crafty veteran can do. He can switch his style. He switched it to that old Mexican boxing style. . . He never fought like that in his entire career. He was forced to fight that way cause he was getting beaten when he was fighting his old way.

“The approach caught me off guard. I was not prepared for it. I was not used to it and he walked me down and ended up getting the stoppage. The referee I felt could have let it go, I would have liked to see the end of the round, get my breathing back, get a little more comfortable.”

“I believe I would win [in a rematch],” concluded McGregor. “Actually, there I go again with the fake humbleness — I know I would win.”

“That’s interesting. I hadn’t heard that but Conor McGregor knows he’s always welcome to that ass-whooping,” Ellerbe told TMZ Sports. “I have the utmost respect for Conor, Dana, and those guys. If Conor McGregor wants some of that smoke again, he knows what he’s got to do.

“He knows what he’s got to do,” Ellerbe continued. “All he’s got to do is call Dana. That’s all he has to do. I can’t speak for Floyd but I’ll tell you what, Conor McGregor, if he wants that ass-whooping again, I’m sure Floyd would oblige to that.”