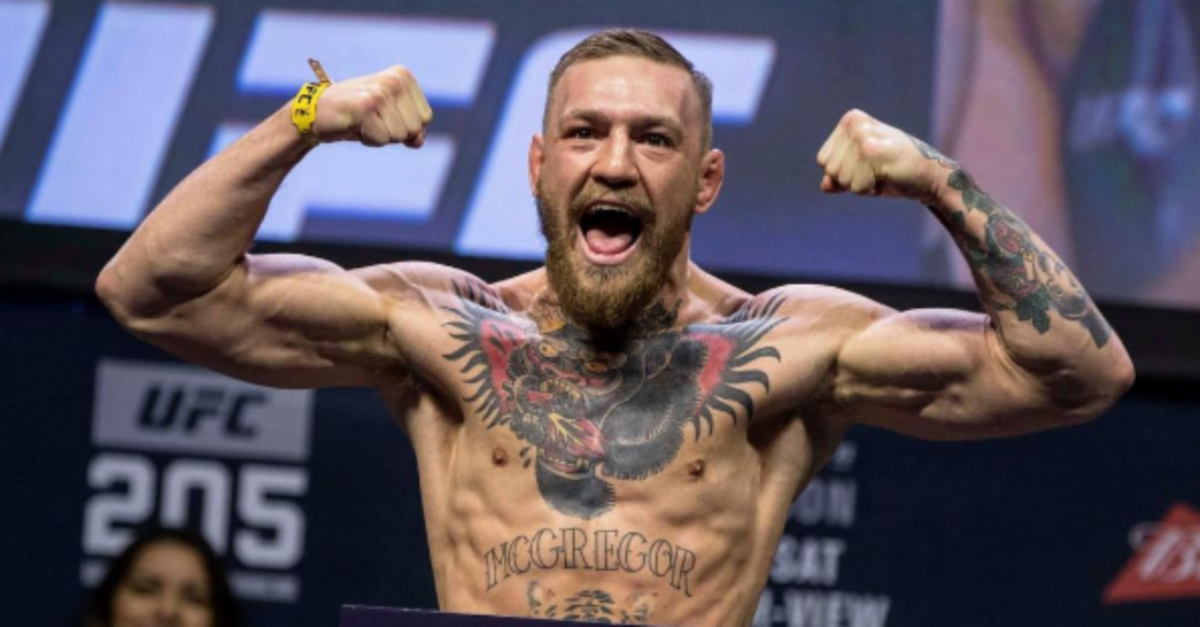 Gone are the days of epic in-ring call-outs.The UFC had allegedly banned fighters watching from ringside to get in the cage for and call out their rivals for a potential bout. Their have been many examples of monumental examples where fighters went inside the octagon and had a confrontation with their bitter rival. However, the UFC had allegedly banned ringside fighters from entering the cage to avoid unnecessary altercations, hassle and potential injuries and controversies. However, if certain news reports are to be believed then MMA superstar “The Notorious” Conor McGregor might be at ringside for UFC 223. The reports also claim that he will then proceed to have an inside the octagon altercation with the winner of UFC 223 headliner.

“Mystic Mac” has been involved in a lot of banter and heated social media exchanges with the UFC interim lightweight champion, Tony Ferguson and with Khabib Nurmagomedov. “El Cucuy” and “The Eagle” are now scheduled to face each other for the undisputed UFC lightweight title at UFC 223.

According to a news report by MiddleEasy.com, the Irishman will be cageside for UFC 223 and will closely monitor the main-event between Ferguson and Nurmagomedov. The report further claims that the UFC have also planned an in-cage face-off between McGregor and whoever wins the lightweight title fight at UFC 223.