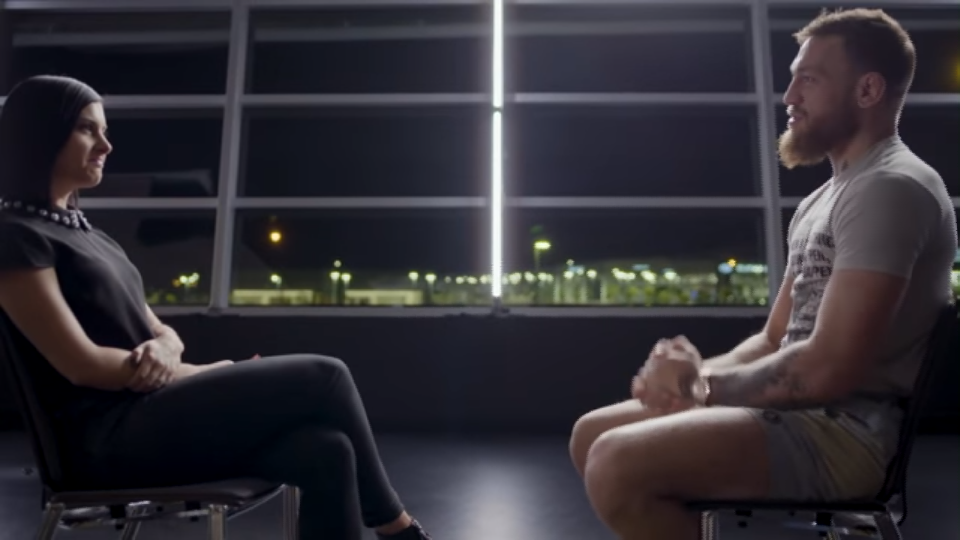 Conor Mcgregor’s Mystic Mac avatar is back in buisness and just like old times, Conor has once again predicted a first round knockout for Khabib going into UFC 229. In an interview given to Meagan Olivi on  At the same time, however, Conor wishes that there are grappling exchanges so that he can show the world that he isn’t just a left handed fighter and possess many skills in his arsenal.

Speaking on his heist away from the sport, Conor said that he definitely missed the action and competing inside the Octagon. Despite being a star among stars, Conor still thinks that his biggest achievement till date is his son.

When asked about his comparison to Muhammad Ali by Ali’s daughter, Conor humbly responded by saying that Ali was a legend of the sport, while he’s just a kid from Dublin looking for a fight.

Conor also went on to say that he isn’t much impressed by his next opponent’s perfect record of 26-0. He says that it’s a pretty looking record, but it’s deceiving at the same time.

Conor will be going into the fight having more fuel and fire in his engine to inflict damage. However inside the Octagon, he will maintain composure.

Talking about his future plans Conor has his eyes on everyone – Tony v/s Pettis, Porier v/s Diaz, Woodley’s win over Till and speculations about GSP’s return.