Conor McGregor has been surrounded by legal troubles for the past one year. However, this time the legal news that has come out is actually of Conor’s benefit.

The prosecutors of McGregor’s infamous “phone-gate” incident have reduced two charges against him. The degree of McGregor’s one charge was lowered and the other was converted to a misdemeanour. This reduced his maximum potential sentence from 20 years to 6 years.

“As a matter of normal procedure, police officers arrest and charge based on probable cause, the lowest evidentiary standard,” Ed Griffith, spokesperson for the Miami-Dade state attorney, told USA TODAY Sports. “Prosecutors must believe that they can prove the potential charges beyond a reasonable doubt, a much higher standard of required evidence.” 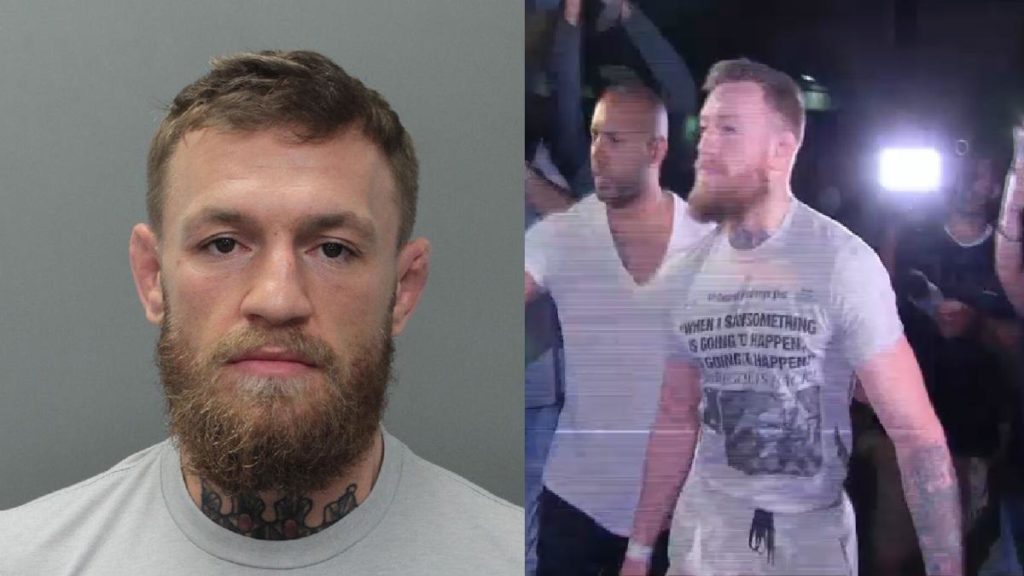 For the unaware, the infamous incident took place last month on 12th March. The Irish star was leaving the Fountainebleu Hotel at around 5:20 a.m. when the victim involved in altercation named Ahmed Abdirzak of England was also leaving the hotel. After spotting McGregor, Ahmed tried to take a photo of the UFC star, when Conor slapped the phone out of his hand and then he stomped it several times damaging and then he walked away with the damaged phone.

The initial price of the phone was set at $1000. However, due to lowering of the price from the initial value to somewhere between $200 and $1000, the felony charges have been converted to that of demeanour, according to court records.

The remaining felony McGregor faces is no longer for strong-armed robbery – a second-degree felony — as first charged. The listed charge is now for robbery by sudden snatching, a third-degree felony.

McGregor being an Irishman and not a U.S. citizen has certainly made things difficult for him. “Like his other arrest, his biggest problem is the affect that a conviction will have on his immigration status,” former assistant U.S. Attorney David S. Weinstein told USA TODAY Sports. “A conviction for this offense qualifies as an aggravated felony. It remains a privilege to enter the U.S. and not a right. So if there is a conviction, that will allow U.S. immigration authorities to prevent him from entering the U.S. on a visitor or work visa.”

Previous articleKhabib on Conor’s trash talking spree: When I was hitting him, he didn’t say anything
Next articleKhabib Nurmagomedov has a glowing message of support for Tony Ferguson
- Advertisement -