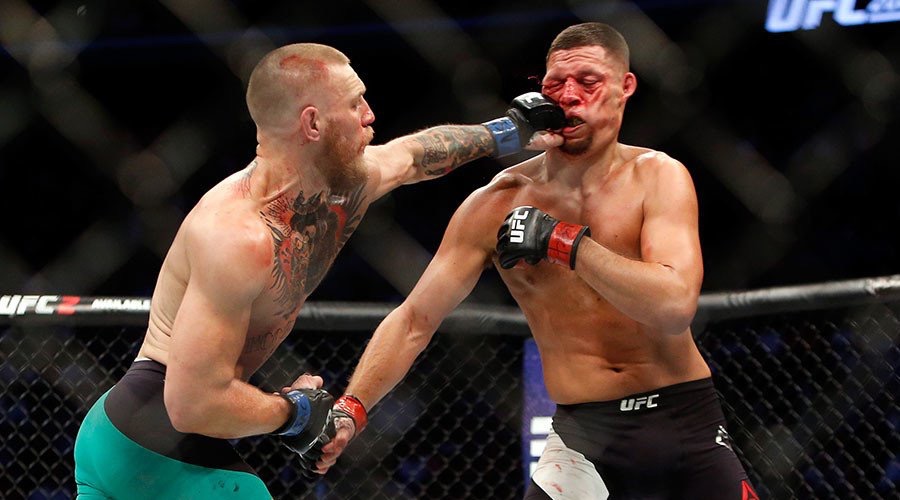 In a tweet released just a few hours ago, Conor McGregor spoke about looking forward to the trilogy fight with Nate Diaz and how the second fight was an amazing one.
Dana White has largely downplayed the trilogy fight between Conor and Nate and said they had nothing left to fight for…though now that Conor has the light weight belt that does not hold true anymore considering Nate has predominately fought at light weight. Dana has also accused Nate of not accepting fights because he was holding out for Conor (can’t exactly blame him for that). Though Nate is one of the front runners to fight Conor when he does eventually decide to defend his belt, it can be said that the first two fights between Conor and Nate are evidence that stylistically,Nate will be one of Conor’s toughest challenges since he beat him cleanly at UFC 196 and lost a majority decision to Conor at UFC 202, a fight that a lot of people felt Nate had won.
It is without doubt that such a fight would be huge money which is why Conor has possibly chosen to heat things up a bit apart from the usual Flyod boxing banter which keeps continuing…so maybe once the Flyod fight is done and dusted we can look forward to Conor-Nate part 3 after that.
Our fingers are crossed 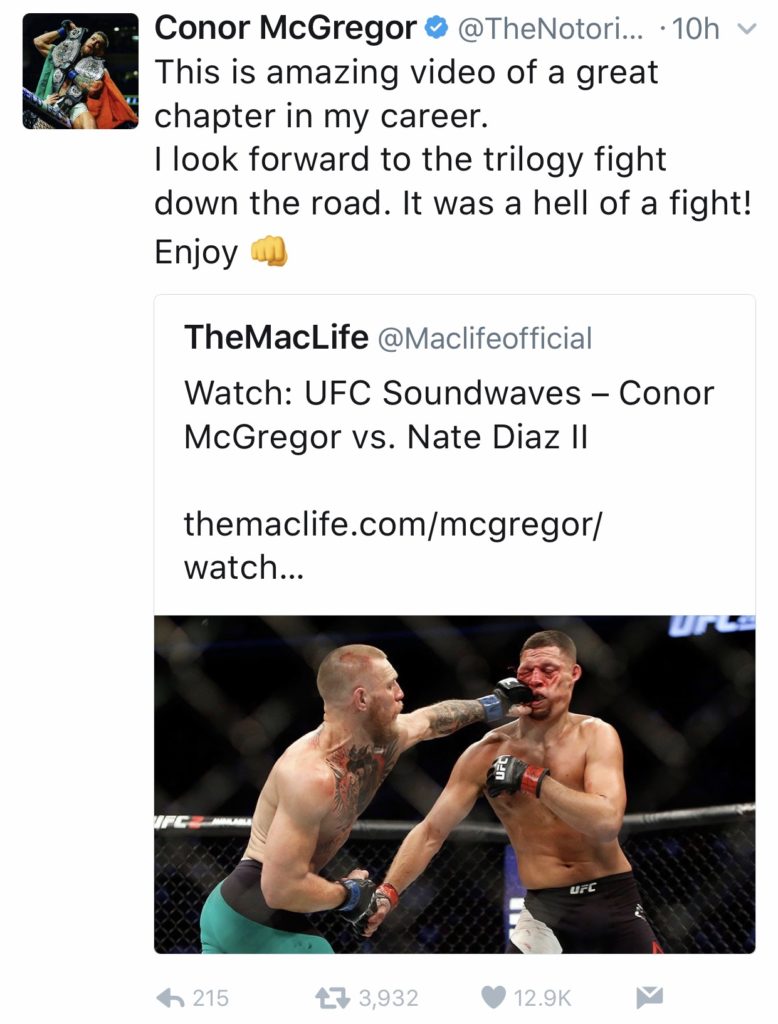