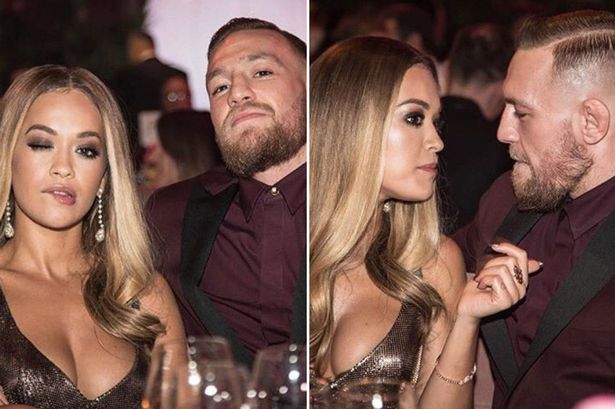 Conor Mcgregor has been having fun lately and has been in the news for that an a lot of other things too.

Allegedly punching a member of the Irish Mafia.

Going on a ‘date night’ (as per Rita Ora’s tweet) with singer and fashion icon Rita Ora which sent twitter verse into a tizzy.

Apart from this Dana White has mentioned that he may never return to the Octagon or ring again because he’s made too much money in the Mayweather fight and may not want to get punched in the face again. (Possibly the same tactics he used with George St Pierre).

Bob Arum has dismissed any talk of a match up with Manny Pacquiao as ‘old news’.

And now Irish boxer Michael Conlan, the 2016 Olympian whom McGregor walked into the ring with on St. Patrick’s Day night, before his Aug. 26 Mayweather fight has spoken up as well to the Los Angeles Times and stated,” Listen, he’s enjoying the fruits of his labor, maybe a little bit too much.”

“He’s going crazy at the minute, but he just needs to take himself back and get back to what he does best, and that’s fighting.”

Conlan, before fighting his way to 5-0 Saturday night, said the McGregor scene serves as a reminder of the perils of achieving worldwide fame.

“It can be scary if you have the wrong people around you. Sometimes, you need people who’ll put their foot down,” Conlan said. “I have the likes of my father, my manager, my team. They are not yes men. He has yes men around him.

“With $140 million in the bank, who’s really going to complain? He is a grown man. But I still think he needs people around him with the authority to tell him no.”

Featherweight prospect Michael Conlan, the two-time Irish Olympian, returned to the Theater at Madison Square Garden, the site of his electric professional debut on March 17, on Saturday night and rolled to victory again.

Fighting in the co-feature on the card headlined by the Vasyl Lomachenko-Guillermo Rigondeaux junior lightweight world title fight, Conlan cruised to a one-sided shutout decision against Luis Fernando Molina (7-4-1, 2 KO), 29, of Argentina.