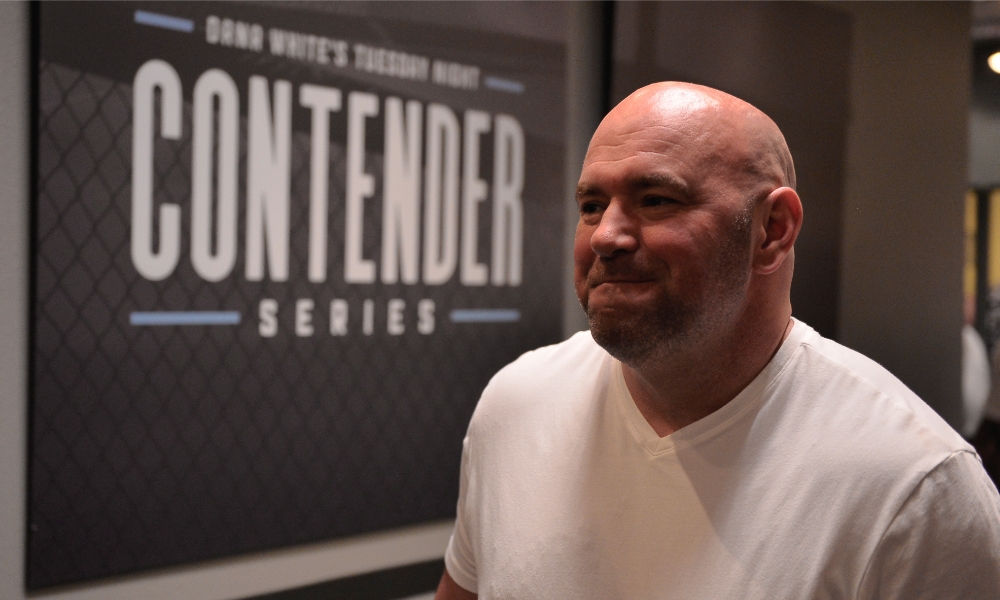 The seventh week of the 2018 season of Dana White Tuesday Night Contender Series just concluded with Dana  White awarding contracts to four new contenders. The event was held at the UFC Training Centre in Las Vegas.

Here are the results to the 15th edition of DWTNCS.

Roosevelt Roberts defeated Garrett Gross via submission (rear-naked choke) at 2:13 of Round 2

Dontale Mayes defeated  Mitchell Sipe via TKO (strikes) at 4:49 of Round 2

Ian Heinisch defeated Justin Sumter via KO (elbows) at 3:37 of Round 1

Jordan Griffin defeated Maurice Mitchell via submission (rear-naked choke) at 3:57 of Round 1

Juan Adams defeated Shawn Teed via TKO (punches) at 4:17 of Round 1

If you missed it, here's a replay of the heavyweight fight that just took place on Dana White's Tuesday Night Contender Series #DWTNCS pic.twitter.com/3NDiofAyC0

At the end of the show, Dana White awarded contracts to Juan Adams, Ian Heinisch, and Roosevelt Roberts, and Jordan Griffin. The final episode of the second season of the series will be will be held next Tuesday at the UFC Training Centre. The event will feature a heavyweight clash between the former NFL star Greg Hardy and  Tebaris Gordon as the main event.