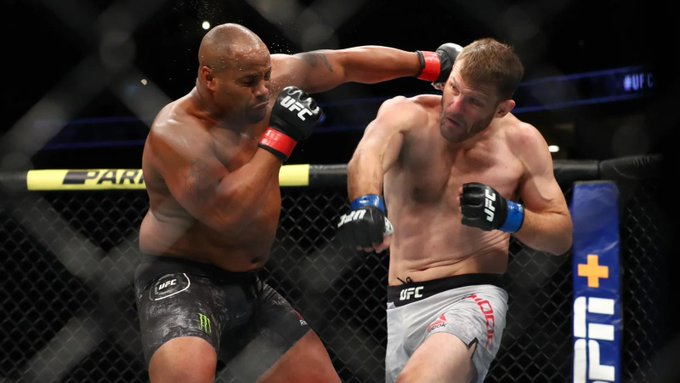 Earlier today, Stipe Miocic became the two-time heavyweight champion of the world as he knocked out Daniel Cormier in the fourth round at UFC 241 which took place in Anaheim, California.

Miocic who lost the first fight via knockout in the first round at UFC 226 got the ultimate the revenge today in Honda Center. He adjusted the game plan perfectly after being behind on all the three judges scorecards. He dug Cormier’s body and later followed it up with hard right hand to the top which dropped Cormier and then Stipe rushed with combinations until the referee had to step in and stop the fight. 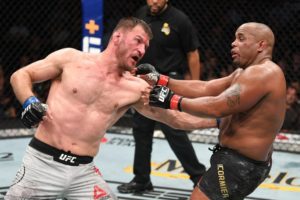 Daniel Cormier said that the reason behind the loss was not sticking to the game plan and going to trade with Miocic despite his coach telling him to wrestle.

“I think when you start finding success and landing things, you just kind of fall in love with it,” Cormier said. “It feels like the Alexander Gustafsson fight (at UFC 192) all over again, when I wrestled a lot in the first round then for the last four rounds I just didn’t. (My coaches) were begging me to do it then. But tonight I actually paid the ultimate price for not listening to my coaches. I’m usually pretty good about doing that.” (H/T – BJPenn.com)