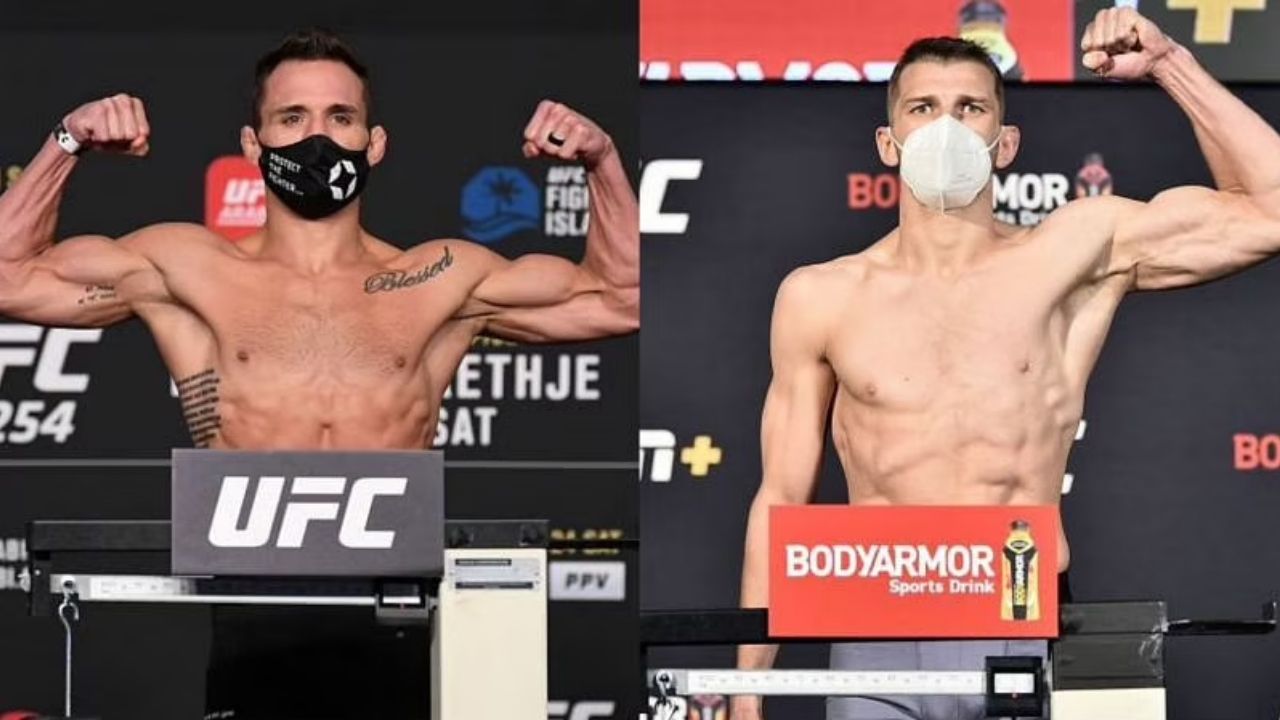 Former Bellator lightweight champion Michael Chandler is all set to make his UFC debut against top contender Dan Hooker in the co-main event of UFC 257 scheduled to take place on Jan 23 at the Yas Islands in Abu Dhabi.

Ahead of the fight, Former heavyweight champion wants both fighters to take advantage of the fact that they’re fighting on the same card as superstar Conor McGregor.

Conor McGregor is set to return to the Octagon after a year to take on former interim lightweight champion Dustin Poirier.

Speaking on  DC & Helwani show, the former champion believes that the match-up between Dan Hooker and Michael Chandler is good for both the fighters and is a perfect match-up.

“Perfect fight,” Cormier said (via MMA Fighting). “Dan Hooker is going to challenge and make Michael Chandler fight in every aspect of mixed martial arts. Hooker is as tough as they come, he’s from a great team, he’s got unbelievable fighting spirit, will, cardio. I mean, him and Dustin Poirier went to absolute war in the APEX just recently. So if you want to see whether or not Michael Chandler is ready for the elite of the division, he has to fight and beat Dan Hooker, which is not an easy thing to do.

“Challenging fight,” Cormier added. “I’m not exactly sure. Outside of Patricio Pitbull – who is fantastic – this will be the toughest fight he’s ever had. . . When you look at who Dan Hooker is today, in his absolute prime, coming off a main event fight with Dustin Poirier where it went tit for tat for over 25 minutes, this is easily one of the biggest fights Chandler’s ever been involved in. He also gets the rub. He gets to fight on the same night as Conor McGregor. It really will elevate Chandler if he gets the job done. But if he doesn’t, we’re back in the situation where you have those highly thought of free agents and it doesn’t work out.”

Cormier wants Hooker vs Chandler winner to call out McGregor

Daniel Cormier also went on to say that the winner of the fight between Michael Chandler and Dan Hooker should call out Conor McGregor.

“I know my guy [Nurmagomedov] is one of the biggest stars in the world now, but do you remember UFC 205?” Cormier said. “‘I want to fight your chicken!’ … Khabib’s on the prelims: ‘I want to fight your chicken!’ then all of a sudden they start to mention Khabib and Conor in the same breath. Khabib isn’t the champ yet, he’s a young guy on his way up and then it just builds and the UFC can call back to that.

“For Chandler to be in the co-main event, it puts him in a perfect spot,” Cormier added. “And Dan Hooker, too. If I’m Dan Hooker and I win, I’m immediately saying something about McGregor. Whoever wins at 155 pounds on that fight card, you say something about McGregor because guess what? McGregor doesn’t have the ability to not respond. He will say something back. Because he gets going and he’ll just kind of say something and elevate you. There’s a level of stardom that comes with fighting on and with this dude that I’ve never seen. So I’m calling him out if I’m Michael Chandler and I’m glad to be in that spot.” (H/T – MMAFighting.com)