Daniel Cormier predicts how Miocic vs Jones will play out 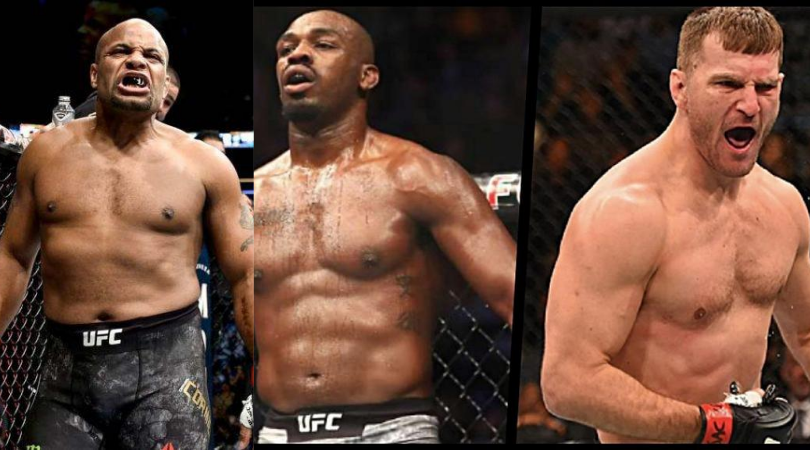 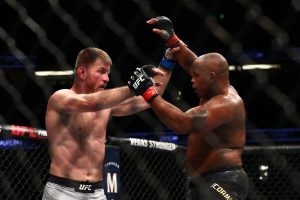 Cormier, who previously held the UFC heavyweight and light heavyweight titles, shared a heated rivalry with Jones for many years. Despite the long-standing animosity between the two stars, Cormier is well aware of Jones’ skills, and believes they’ll translate well to the heavyweight division.

”If you have that skillset, the skillset that Jon Jones has, it doesn’t matter what weight class; he will be able to compete.That’s a fact. You can love him, you can hate him, but that’s a fact.”

DC gives an honest breakdown of Jones vs Miocic

Recently, DC had the following things to say about the possible superfight between Miocic and former LHW champ Jones :

“Jones won’t knock him out, Jones won’t punch him and put him to sleep. It doesn’t matter what he weighs, he does not have that punching power. He doesn’t hit very hard. Kicks hard, but he doesn’t punch very hard.”

“(Miocic) knows that if he goes and fights Jones — which would be very competitive, very good fight — it would be either him knocking Jones out, or it would be a decision. Because Jones won’t knock him out.”

Previous articleKelvin Gastelum reveals the hardest puncher he has ever fought
Next articleMariusz Pudzianowski: An Underrated MMA Talent