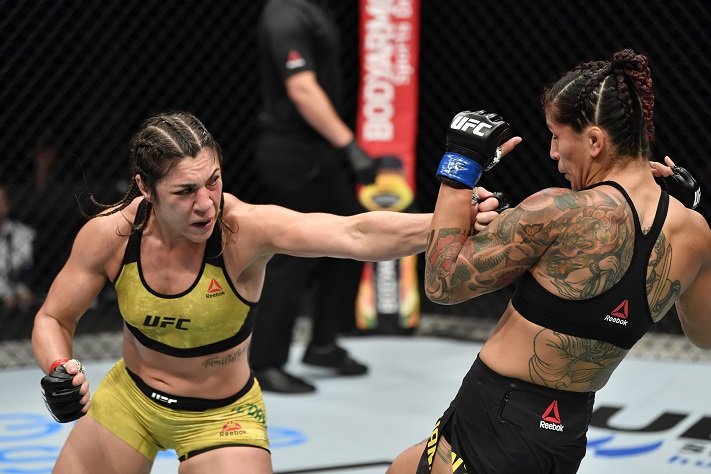 After having announced her departure from UFC, Bethe ‘Pitbull’ Correia, herself having written a farewell message on her social networks, the fighter, it seems, will make another appearance at the premier MMA organization in the world. 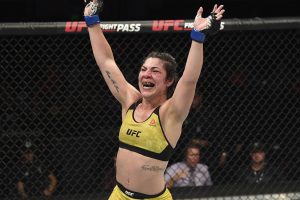 According to Fight report with sources close to the negotiation, the Brazilian faces the Chinese Yanan Wu, in a UFC event scheduled for December 5th, in what should mark the last fight in her career.

Only a fighter knows the time to stop and follow other paths… Only a fighter and their allies know to tell apart the lies from the truth from what the media puts out. Yes! This will be my last fight and it could not be at any event other than the one and only @UFC Countless lies have been told out there, but I remained centered! I know who I am and I know my story. I have a strong and daring personality that has been the essence of my career and has added many rilvaries that strengthened Women's MMA. What I leave behind me is my legacy of a fighter who has a bold posture, presentation and unique celebration style in the fighting world. A personality that makes many curious to know more about me. It's not by chance that #betheeffect is out there. Love me or hate me, in the end everybody wanted to stop to watch me fight. I reached Pay Per View record numbers that back then had not been reached for many years. I have fought the very best and I always made the news. I am certain that I have left my mark and now it's time to let a new generation arise. And I know that I have taught both good and bad lessons. My very last fight will be at the best in the whole world… Where I dreamed and seeked to fight. This December I will be in the UFC octagon. I will cherish every moment of it and I know I'll miss it! I'm incredibly thankful to the UFC for the recognition of my career and history, they have never denied me a request. #ForeverUFC #ForeverWomensMMA #teamcorreia #ufc 😍 Gratidão @wallidjfc @suzanacorreianeves @edelsonboxe por sempre lutar por mim.

Correia joined the UFC in 2013 as an undefeated women’s bantamweight and enjoyed three wins in a row over the likes of Julia Kedzie, Jessamyn Duke and Shayna Bazler. Known for her aggressive and fearless style within the cage, that winning run earned her a shot at Ronda Rousey’s 135-pound title only to result in her suffering her first professional loss following a first-round knockout. Correia (11-5-1) was undefeated at 9-0 when she fought Rousey for the UFC women’s bantamweight title. At the time, Rousey was the biggest star in the sport and Correia was her most bitter foe. UFC 190 ended up doing big numbers on pay-per-view, and Rousey knocked out Correia in 34 seconds.

Bethe Correia: One of a kind

The Brazilian would go on to win just twice in her next seven outings with her most recent performance being a unanimous decision defeat to Sweden’s Pannie Kianzad last month. She has also lost three of her last four outings.

Now, at 37, the Brazilian – one of the longest-lived fighters on UFC roaster- is preparing for the farewell fight of her career, on the stage where she built a large part of her career and does not qualify to solidify the female MMA. An opponent of the Brazilian on December 5, Yanan Wu, 24, has far less experience than Bethe in the main league in the world. In the UFC since 2017, the Chinese has won one triumph and two defeats in the octagon. In all, the Asian fighter has 11 victories, seven by knockout, and three setbacks in her career.

The UFC had reportedly released Correia following the loss to Kianzad which makes sense considering UFC president Dana White has said the promotion is looking to trim its roster to make room for new fighters from the Contender Series. However, it appears the UFC is doing Correia a solid here and allowing her to go out on her own terms. With a win against Wu, the Brazilian Correia has the chance to move above a .500 record in the UFC.

Previous articleAustin Vanderford has tested positive for COVID-19, out of Bellator 246
Next articleVikas Krishan eyes pro bouts in USA to prepare for Tokyo Olympics