Cory Sandhagen landed a brutal flying knee to the chin of Edgar in the first round of their UFC Vegas 18 co-main event fight. Sandhagen was a big betting favourite entering the contest, so it’s not a huge surprise that he got his hand raised. But the incredible fashion that he got the finish couldn’t have been expected by anyone. 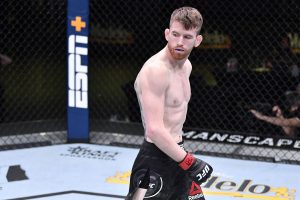 Incredibly, Sandhagen has now won his last two fights in the UFC via the rarely-seen flying knee and spinning wheel kick, over Edgar and Marlon Moraes, respectively. Sandhagen moved to 7-1 in the UFC following the knockout win, which left Edgar in a daze.

Thankfully, Edgar was able to stand up and get out of the cage on his own. But it did seem like one of those vicious knockouts that could change the course of a fighter’s career. 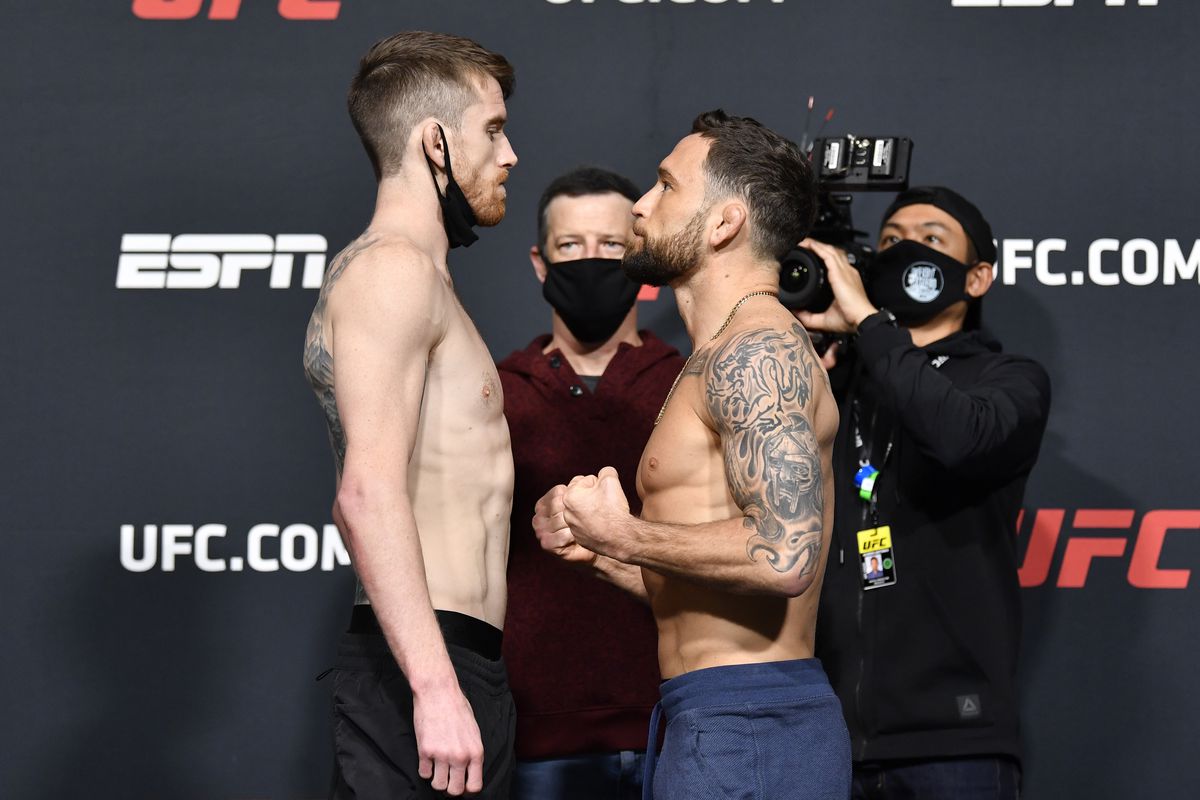 Speaking to the media following UFC Vegas 18, Cory Sandhagen admitted that it was tough to see Edgar like that, but ultimately someone had to go down that night.

“I’m glad it was him and not me. This is a game. It doesn’t feel good to watch someone crawl up and be all dazed or whatever. Especially if it’s Frankie Edgar, who everyone loves including myself. But, rather him than me,” Cory said, admitting that the flying knee was something that he and his coaches scouted out beforehand.

“That was part of the gameplan, and by part of the gameplan I mean we thought he’d try to wrestle me,” Cory said. “I think he just got comfortable in the range I was letting him be in and I kind of wanted to see what he would do, how fast he was, how he was going to move, and stuff. He threw a couple of hooks and I thought oh, he’s not fast enough to be a huge threat standing. And then I figured he’d probably be lowering his level and stepping in again. I just threw it.”

“If I go out there ready to hurt this person and keep myself safe, which are the two things I think about, I do good. And that’s that.”

This is now Sandhagen’s second-straight knockout finish after taking out Marlon Moraes with a spinning wheel kick back in October. Cory Sandhagen does own a loss to No. 1 contender Aljamain Sterling, who will fight current UFC bantamweight champion Petr Yan next month at UFC 259, but “Sandman” has shown enough over his last two outings to get the next shot at gold.