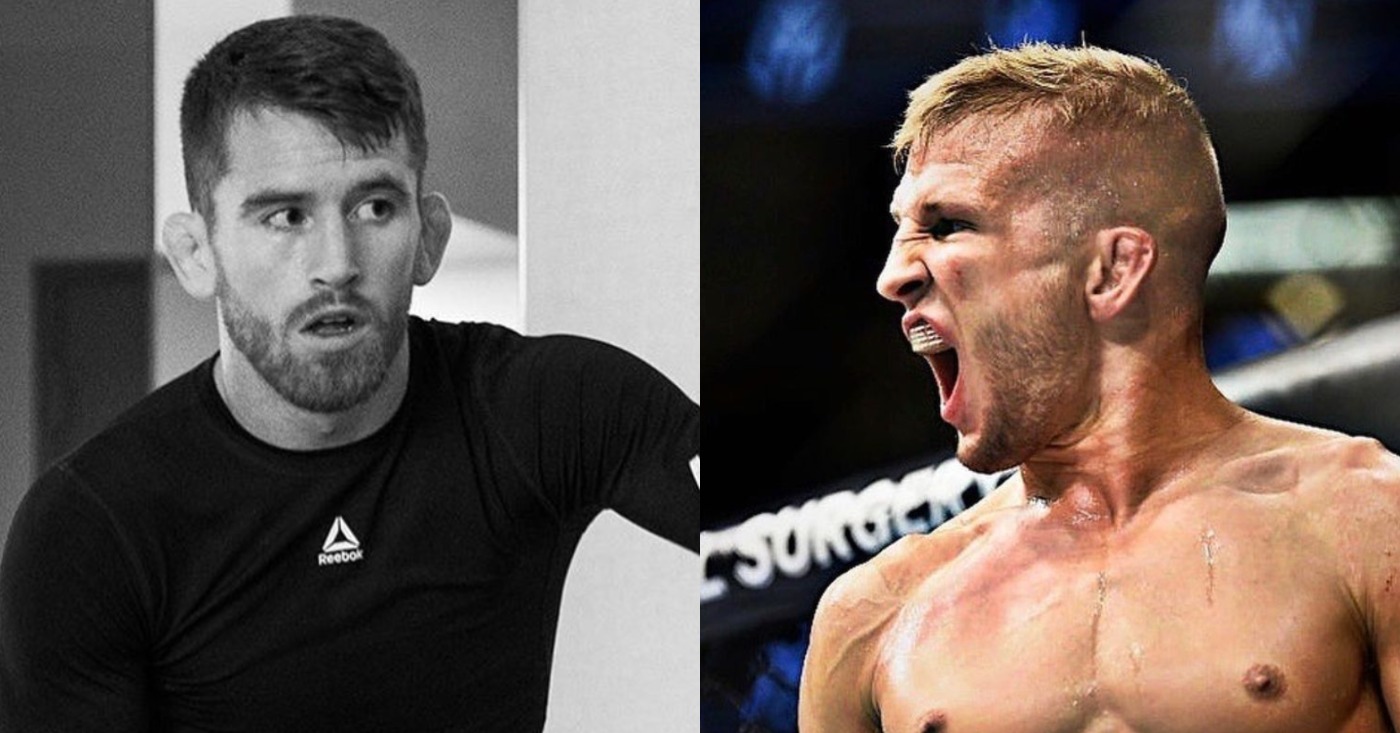 Cory Sandhagen is coming off two back to back knockout victories against Frankie Edgar at UFC Fight Night 184 and against Marlon Moraes at UFC 179.

On the other hand, TJ Dillashaw recently completed a two-year suspension given by USADA for knowingly doping ahead of his fight against Henry Cejudo at UFC’s inaugural event at ESPN+. Dillashaw tested positive for recombinant human erythropoietin (EPO).

Heading into this fight, there has been a narrative that TJ Dillashaw won’t look like his old self without the EPO and that he has been out for over two years. On the other hand, Cory Sandhagen has been on a terrific upward trajectory in the last two years.

However, Cory Sandhagen made it clear that he isn’t taking his fight against Dillashaw lightly and is well prepared to deal with him.

“The guy’s been out for two-and-a-half years almost now, so who knows what he’s been doing in that time?” Sandhagen told MMA Junkie in a recent interview. “I know that he had a couple of shoulder surgeries, which put him out for a little bit, and I know that I’ve been working really hard in those two years. I don’t really know what he’s been doing, but yeah, I suppose that’s probably the narrative that T.J. is probably gonna come back as a not-as-great version of T.J., but that’s just a narrative that I’m not gonna buy into. I’m gonna buy into the narrative which is gonna keep me safer, which is T.J. is gonna come back a better T.J.”

He continued, “If he was on EPO or whatever type of drugs he was on for his entire career and he’s off of them, then that’s 100 percent gonna play a factor. Am I banking on that? Absolutely not. But if that is the case, which I have no idea if that’s the case or not, then, yeah, he’s probably not gonna be coming back the same guy.” (H/T – MMAjunkie.com)

Who do you guys think wins in the fight between Cory Sandhagen and TJ Dillashaw? Let us know in the comment section below.

Previous articleRonda Rousey announces she is pregnant on her YouTube channel
Next articleNiraj Puran Rao: Is He Chief Of Staff Material?