Paulo Costa hints that he will be facing Robert Whittaker next 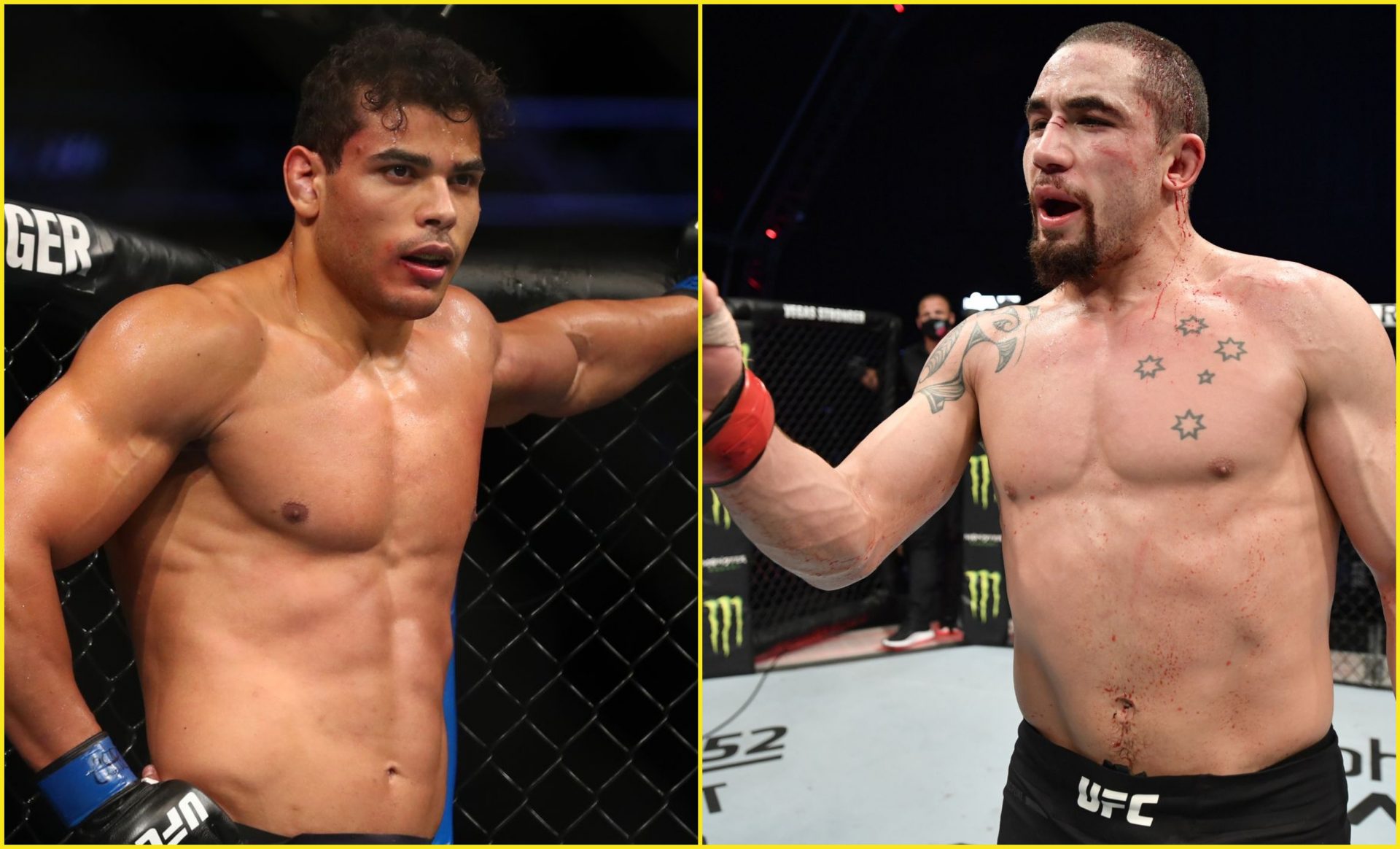 Former UFC middleweight No. 1 contender Paulo Costa recently did a live session on his YouTube channel in which he revealed a desire to face Robert Whittaker for the interim 185-pound belt. 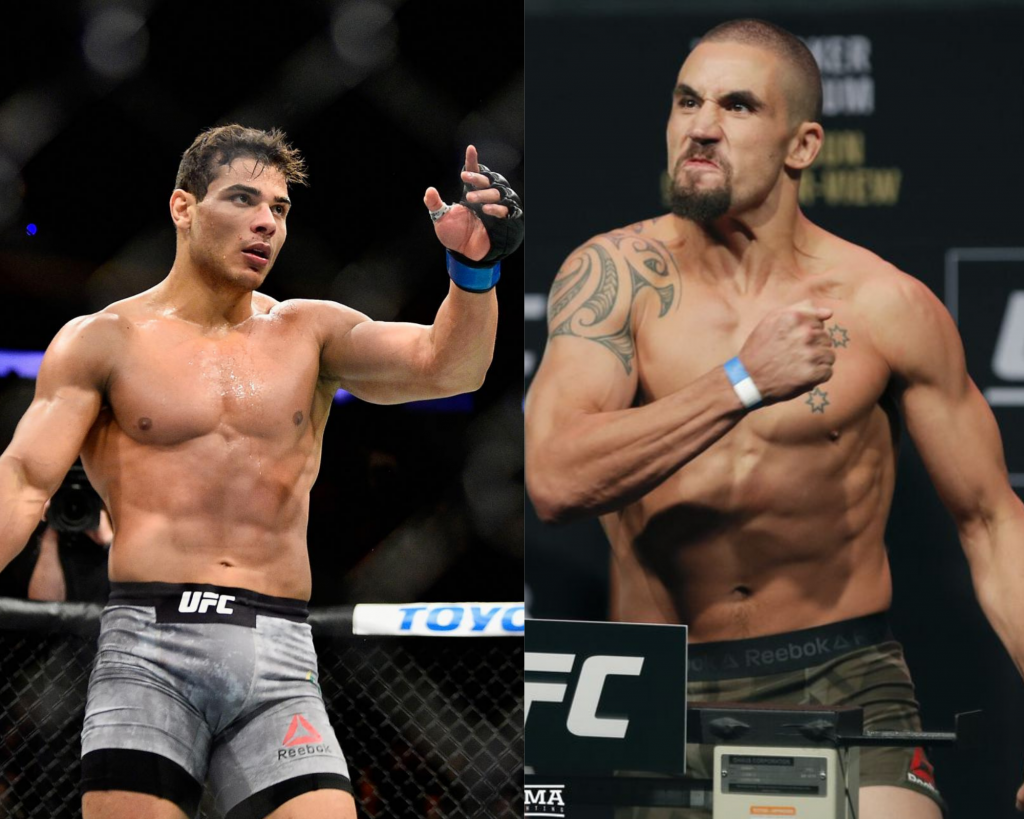 “Whitaker is No. 1 in the rankings, I’m No. 2,” Costa said. “Once [Israel] Adesanya goes up to light heavyweight, it makes sense to have an interim title fight. I’ve already talked to [UFC president Dana White] and he said he would love to see that fight.”

There is recent precedent for such a move in the middleweight division: When Whittaker, who was the reigning champion at the time, was unable to compete at UFC 236 because he was recovering from hernia surgery, the promotion booked an interim title clash between Adesanya and Kelvin Gastelum. With Adesanya expected to move to 205 pounds to challenge reigning light heavyweight king Jan Blachowicz, it’s unclear how long it will be until “The Last Stylebender” makes another title defense at 185 pounds.

Paulo Costa admits he was injured before the fight against Adesanya

In the same live session, “Borrachinha” discussed his title fight with Adesanya at UFC 253, which he lost by technical knockout in the second round. Costa revealed that he should have pulled out of the fight. 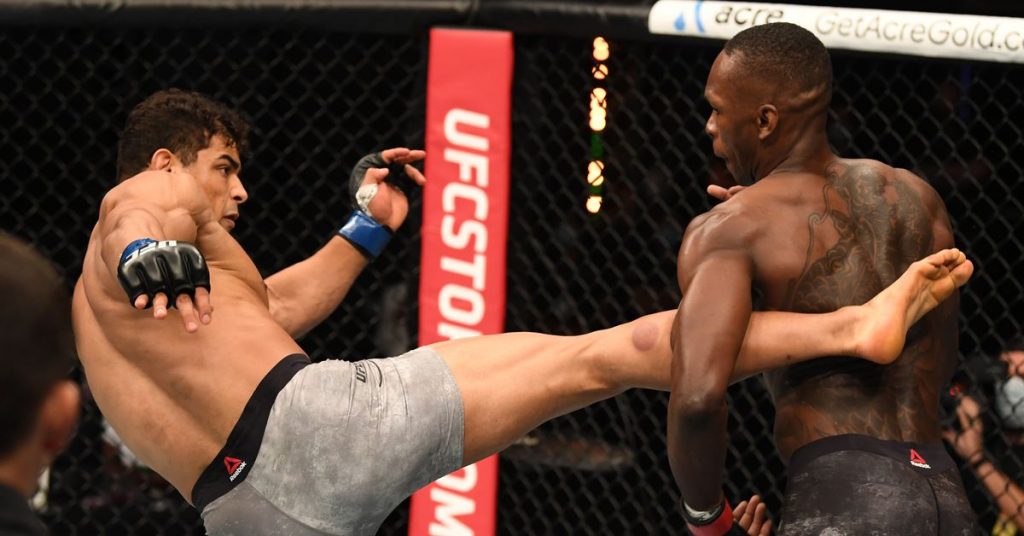 “I don’t like to give excuses but many things happened before that fight. I didn’t sleep the night before because my leg was in bad condition. I should have postponed that fight to the next week,” Costa said. “I just saw what happened to [Patricky Freire] in Bellator. He woke up with labyrinthitis symptoms (inner ear disorder) on the day of the fight and his trainer made the right decision to postpone it. I made a big mistake.”

Costa also discussed how he was forced to adapt his strategy against Adesanya.

“I listened to my brother and head coach to follow a different strategy than I usually do because he knew I was not in good condition, so he asked to move more and save energy in the first two rounds to explode after the third, and that was my biggest mistake,” Costa said.

“I’m an explosive fighter and I have to explode all the time, not save energy. I have to hunt my opponent in the Octagon from the beginning as I always have. But I learned a lot from that bad experience and from now on the fans will always see the old ‘Borrachinha’ they know.”

UFC middleweight contender Paulo Costa confirmed that a fight against former champion Robert Whittaker is “very close” to being booked.