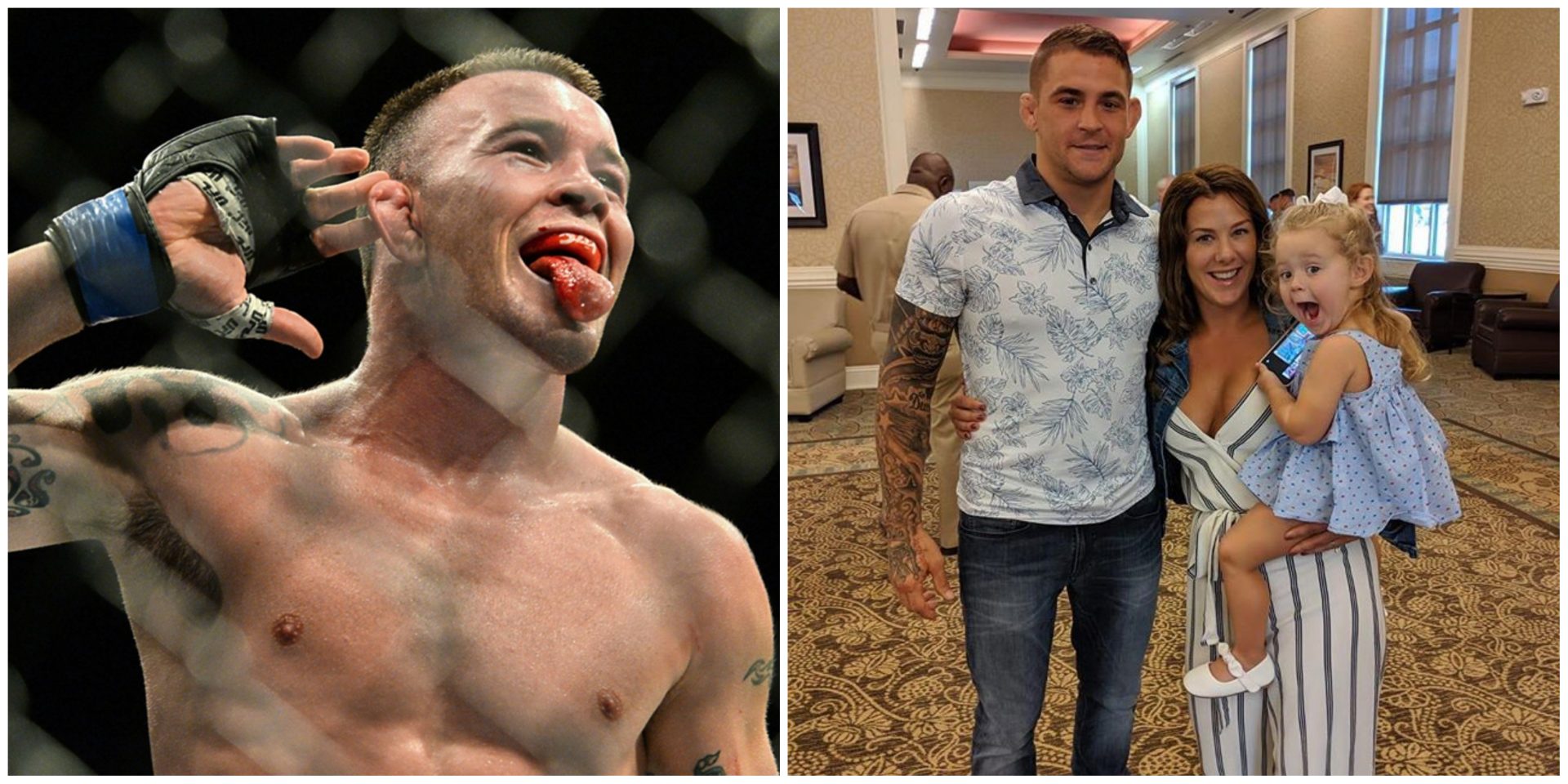 Even if he is he is not smashing his opponents or winning titles inside the Octagon, one art that Colby Covington has mastered over the years is setting nicknames for his fellow mixed martial artists.

However, his newest gaze is on former teammate Dustin Poirier, but the nicknames have gone to his wife Jolie and daughter Parker Noelle, whom Covington addresses as a “Jezebel” and a “Prop” respectively while calling the family ‘Louisiana swamp trash’.

The former interim UFC welterweight champion is fresh off of a victory over Tyron Woodley a year ago at UFC Vegas 11 and is getting himself ready for his second outing against reigning welterweight titlist Kamaru Usman at UFC 268 on 6th November.

Prior to his rematch against Usman where “Chaos” will get a chance to avenge his 5th round TKO defeat from UFC 245 dating back to December 2019, Covington is already setting up verbal heats.

Last month, Covington said he was aiming to target the middleweight division after capturing Usman’s belt to become a UFC double champion, and to challenge Israel Adesanya for that.

On top of that, he also took a shot at Dustin Poirier by giving his wife and daughter some controversial labels.

“That’s the only fight, guys,” Covington said in an interview with Submission Radio regarding a potential Poirier fight, “him and his family, they’re Louisiana swamp trash. Him and his little Jezebel of a wife, him and his little kid that he uses as a prop like he’s a family man, the fake charity guy, which is a write-off for his business.

Poirier, who is on a two fight win streak against Conor McGregor, is on the works to face lightweight champion Charles Oliveira. Once he’s done with Oliveira, Poirier expressed his desire to make a run for the welterweight championship.

Provided that Covington beats Usman and clinches the welterweight title at UFC 268 and Poirier is also crowned the new lightweight champion, the latter may move up to make the fight a possibility.

Do you think Colby Covington vs Dustin Poirier can take place in the future? Let us know in the comments.

Previous articleConor McGregor says he is ready to compete again: ‘I feel like I could kick right now’
Next articleKim Jae Woong Certain That Victory Against Former Featherweight King Will Take Him Closer To ONE Gold