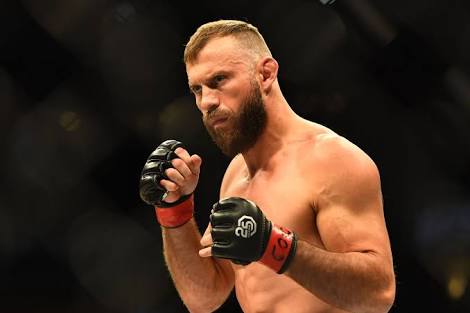 Former two-time lightweight title challenger Donald ‘Cowboy’ Cerrone will make his return to the lightweight division at UFC on ESPN +1 on January 19 after moving up to welterweight in 2016 where he gathered a record of 5-4. 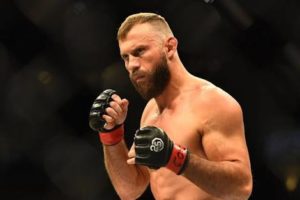 Cowboy carried some much required momentum from his last fight against Mike Perry which he won in an impressive fashion via first round submission. Cowboy also obliterated the record books not only becoming the UFC fighter with most fights but also with most number of victories inside the octagon. Cowboy also has 14 performance bonuses under his name. Speaking in a interview, Cowboy reflected at three of his favourite fights. Surprisingly, two of them belong to the WEC era. (via YouTube):

Third on his list came recently against a very tough Yancy Medeiros in February 2018. Cowboy had his back against the wall with a three-fight losing streak. Cowboy started off strong with a knockdown which according to him, the referee claimed as a slip. Cowboy however shut the lights with another right hand. Cowboy further added that Medeiros hugged his (Cowboy’s) grandmother after losing which made the fight more special.

Second on his list was a classic brawl against Rob McCullough back at WEC 36 in November 2008. Cowboy knocked down McCullough multiple times to win an unanimous decision.

First on his list was a rematch against Jamie Varner at WEC 51 back in September 2010. Their first fight was surrounded by a controversy, courtesy of an illegal knee from Cowboy. Cowboy claimed the knee didn’t hit clean however Varner claimed it did. Their rematch carried a lot of animosity however Cowboy reigned supreme via unanimous decision.

Previous articleUFC: Randy Brown pulled off UFC on ESPN 1+ despite being ‘100% healthy’
Next articleKhabib and Nate Diaz beef on Twitter – possible fight in the future?
- Advertisement -