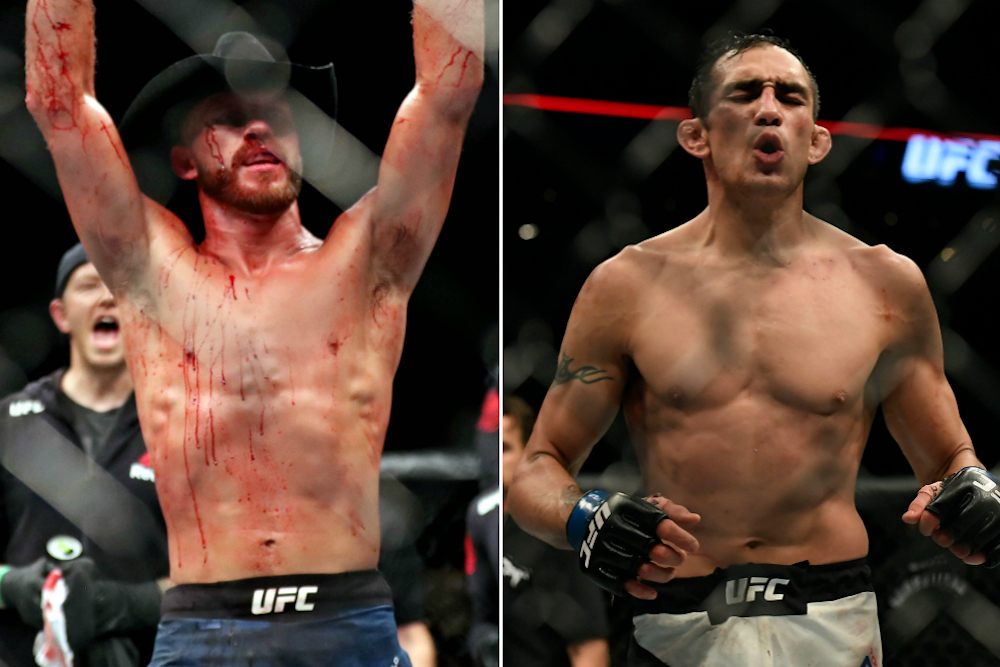 Donald Cerrone is known for his ready to fight attitude and it was certainly put to test. “Cowboy” was asked if he could fight against Tony Ferguson just over a month after his last fight, that is, on June 8th at the UFC 238 event. Cerrone’s last fight was a 5-round show where he went toe-to-toe against Al Iaquinta. Donald Cerrone as of this moment is on a three-fight winning streak, where he beat Mike Perry at welterweight, and also earned victories against Alexander Hernandez and Al Iaquinta. This made him an eligible title contender in the 155-pound division where competition is tough.

Previous interim champion Tony Ferguson is, as of this moment, holding an 11-fight winning streak, second only to lightweight champion Khabib Nurmagomdeov for the longest active win streak in the UFC.

Ferguson recently met with UFC officials in Las Vegas after overcoming some personal issues and requested a quick return to the Octagon. The UFC turned to longtime company man Cerrone, who claims he didn’t hesitate to accept.

“Was down cave diving when the UFC called, ‘hey want to fight in 3 weeks?’ I said ‘hell yes,’ dropped the bowl of guacamole and set the beer down. Hopped the next bird home and ready to rock June 8 in Chicago.”