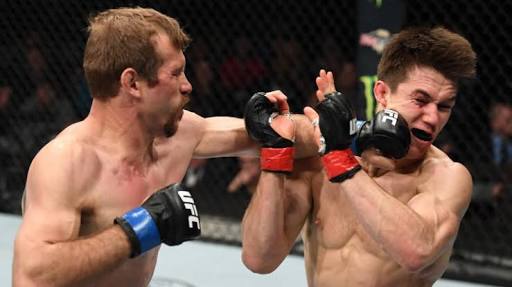 Former two-time lightweight title challenger Donald ‘Cowboy’ Cerrone made his return to the lightweightdivision at UFC on ESPN+ 1 card after moving up to welterweight in 2016 where he gathered a record of 5-4. Cowboy’s first assignment however in #11 ranked Alexander ‘The Great’ Hernandez (10-1 MMA, 2-0 UFC) was no joke.

Hernandez had his moments however Cowboy turned the clocks by viciously knocking out Hernandez in the second round. He did so with his vintage head kick to add to his tally of most victories and finishes in the history of the UFC. The victory also earned Cowboy a ‘Fight of the Night’ and a ‘Performance of the night’ bonus. 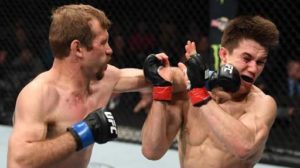 With Cowboy winning in an impressive fashion, the stars are aligning towards a rumoured matchup associated with Cowboy. What would be a red panty night, against former double champ ‘The Notorious’ Conor McGregor. McGregor appreciated Cowboy’s fight and also verbally agreed to fight him. However speaking in an interview with ESPN’s Brett Okamoto, Cowboy does not believe in his heart that McGregor would be his next fight. (via Twitter):

Cowboy claimed he’s like a ‘pawn in the show’ for McGregor and that McGregor has earned the right to pick and choose his opponents. Cowboy also stated that he wants to fight early probably in March or April and the timeline won’t be appropriate for McGregor. Cowboy however still hopes that ’90 percent’, he would fight McGregor.

Cowboy also called out any fighter in the top five rankings to fight him next.