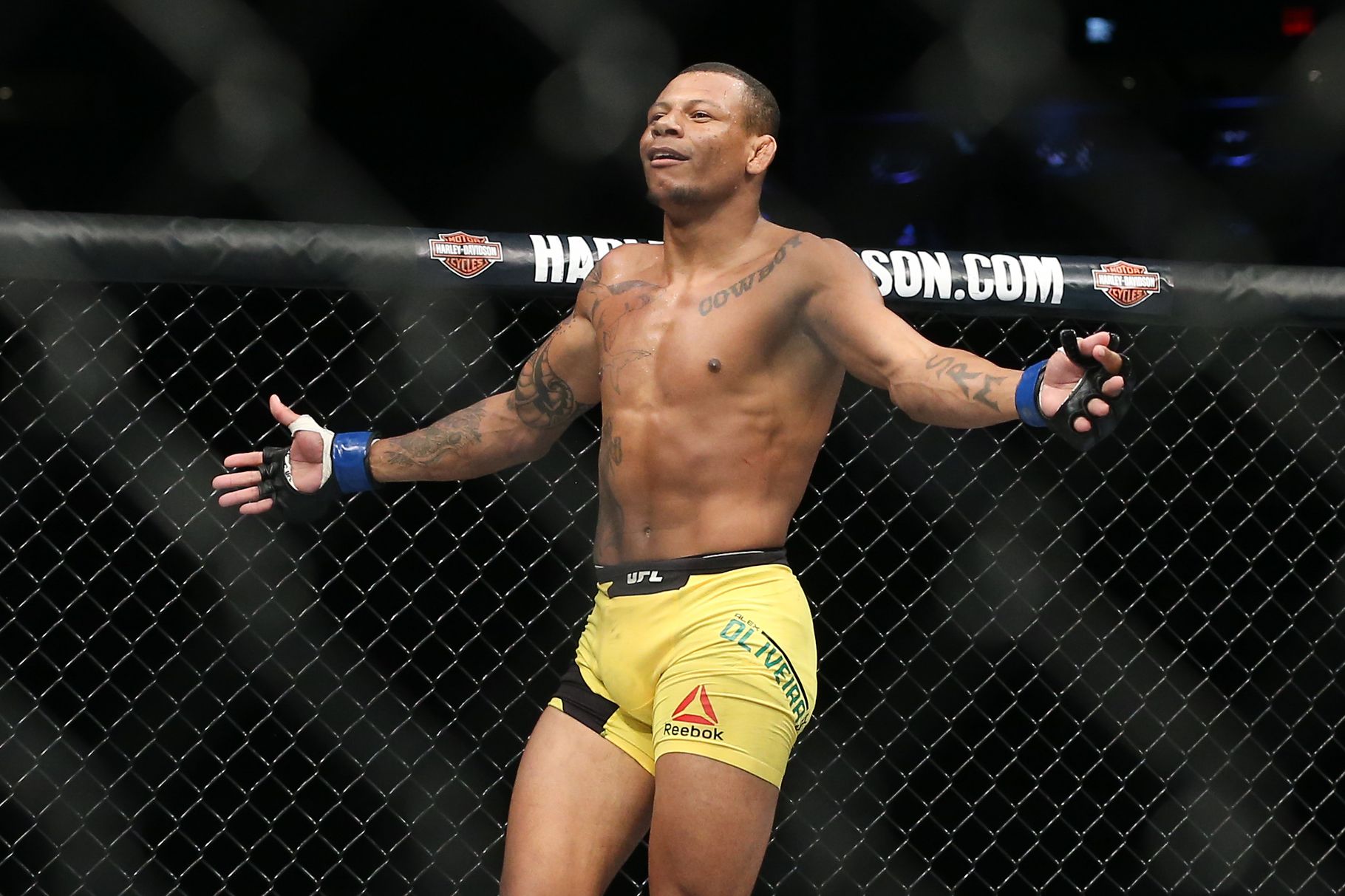 As per a report by Combate, the Brazilian ‘Cowboy’ Alex Oliveira is currently wanted by the police of Tres Rios, the town where Oliveira lives, in the state of Rio de Janeiro, following Oliveira allegedly assaulting his ex-wife, who is twenty-four years of age, and then riding her motorcycle off carrying their five-month son while being drunk and not wearing any helmet.

According to the police’s report, Oliveira’s ex-wife, the 24-year old woman, mentioned that Oliveira took their son to her house to pay a visit to his mother. However, Oliveira apparently came in drunk and nervous and he wanted to go on a ride on the motorcycle with the baby, which led to an altercation.

Also, the ex-wife’s report also claims that Oliveira pulled her hair, punched her, broke glasses around the house and a door. The police were also informed that Oliveira was allegedly able to climb on the motorcycle and take off, albeit not wearing a helmet, and took the baby with him. The baby was then dropped off at Alex’s sister’s house, but the 31-year-old fighter’s whereabouts are still unknown.

This is not the first time an MMA fighter was accused of domestic violence recently. Anthony Johnson was also arrested on domestic charges this month.