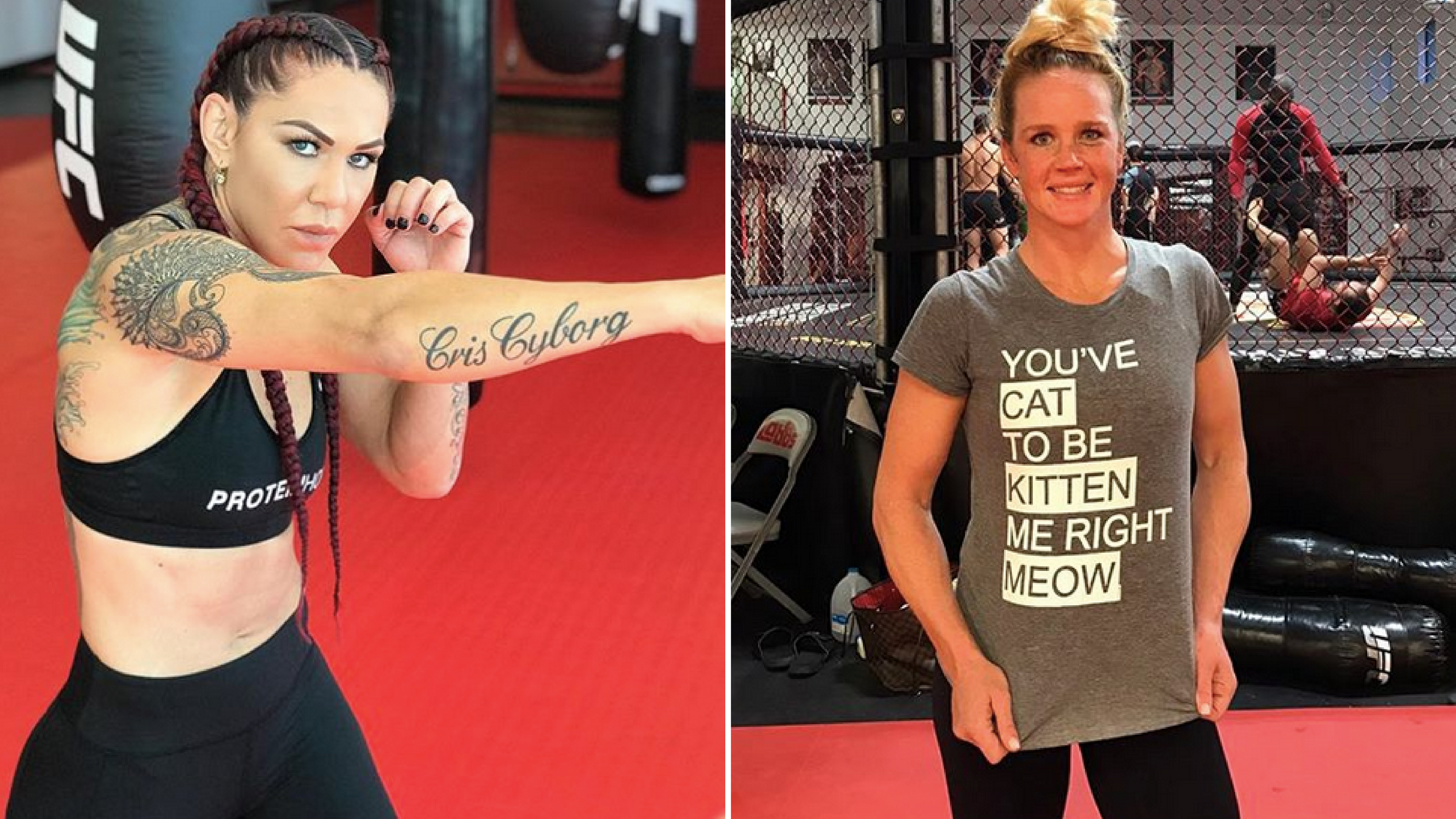 Cris Cyborg will defend her UFC featherweight title which she won by beating Tonya Evinger at UFC 214. The almost put on the shelf fight against Holly Holm at UFC 219 has now been confirmed for the December 30th date in Las Vegas and is a fight which UFC and MMA fans will be dying to see.

Cris Cyborg has been undefeated since loosing in her professional debut and is now 18-1 in her MMA career.

Holly Holm had a tough time after famously beating Ronda Rousey two years ago and subsequently lost to Valentina Shevchenko and then Germaine de Randaime for the featherwight title which alot of people (including us) felt should’ve gone Holm’s way. She then gained her mojo back with a win against Bethe Correia at UFC Singapore in June.

Holm’s agent, Lenny Fresquez, had said the potential matchup was “dead” when the two sides “could not come to financial terms,” per Ariel Helwani of MMA Fighting but apparently they have now managed to agree on the financial terms.