Cris Cyborg calls out Nikki Bella for Wrestlemania 35 – and Nikki goes to Henry Cejudo for help! 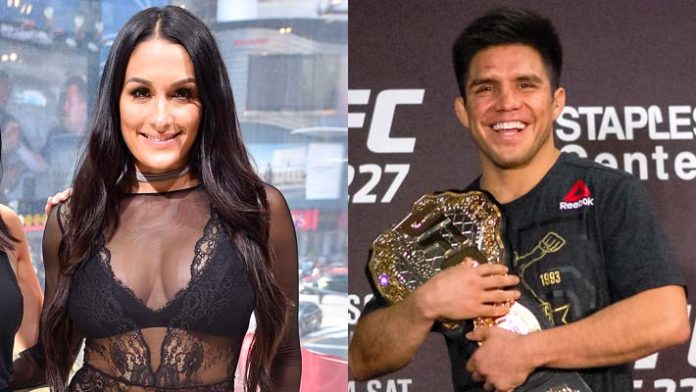 Noted MMA, WWE and combat sports journalist Paulie G of MMA Meltdown recently released a video on MMA Meltdown’s Youtube channel breaking down a potential WWE fight between the former UFC and Strikeforce women’s featherweight champion, Cris Cyborg and former WWE Diva’s champion Nikki Bella, a professional wrestler. In the video, a small, brief snippet from Paulie G’s recently conducted interview with Cyborg can be seen in which she reveals that because Rousey does not want to fight her, so she will instead fight Bella. Bella later responded to this video by nervously tweeting out to UFC flyweight champion Henry Cejudo and asking him for his help against Cyborg by being her tag team partner.

It should be noted that their might be some potential romance brewing up between Cejudo and Bella. Cejudo had previously revealed after his recent victory over TJ Dillashaw that he met the Bella Twins before the fight and that he has had a huge crush on Nikki Bella. Bella had later responded to this by posting a video and telling Cejudo that she would love to go out and meet him. 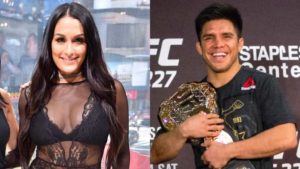 After Bella tweeted to Cejudo for help. The UFC champion was quick to respond and told her that he’d do anything to help her and said that they’ll discuss it next week when they see each other in Phoenix.

Below are the statements made by Cyborg in the video:

I want Ronda Rousey’s title, but she does not want to fight me. So give me Nikki Bella.

You can watch the video below:

Can my Bella Army be my tag partner? 😳 Or maybe @HenryCejudo 🤷🏽‍♀️ I’ll need it! Lol N

Below is Henry Cejudo’s response:

Anything for you, Nikki. Let’s discuss when I see you next week in Phoenix 🍷 😊 https://t.co/9gfRMwBfkX