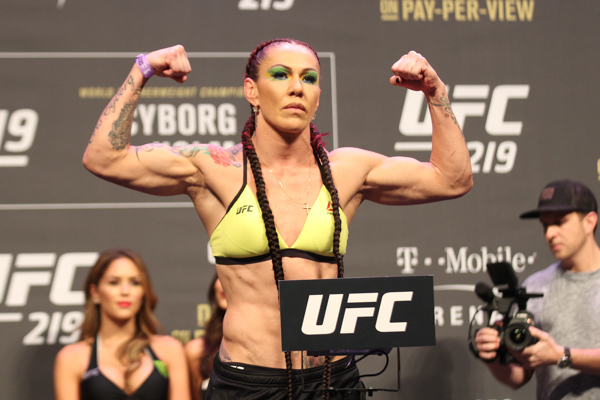 Cris Cyborg rips Amanda Nunes’ coach Conan Silveira: “What do I think about Conan Silveira saying I need the fight against Amanda Nunes to leave my name in history?
I think it is a joke that Conan says I need the fight against Amanda Nunes to leave my mark on the sport. He is one of the biggest ‘creonte’ [how Carlson Gracie called fighters who switched teams] in the history of Brazilian MMA. You are talking about a guy who took everything Brazil taught him and sold it to the American’s [sic] for nothing. In Brazil, martial arts is about respect, rivalry, competition, and honor.
When Chute Boxe was fighting Brazilian Top Team in Japan, they didn’t need the coaches to grab the microphone and give interviews for the fighters. Conan doesn’t stand for honor and respect, he is loyal to whoever is going to pay him the most money. That is why Conan didn’t stand with Master (Ricardo) Liborio, because the Americans are paying him too much money to care about his students calling everyone in Brazil trash and filthy animals.
Imagine if Colby Covington acted the way he does and then went to train with the old school legends of BTT. Do you think Alan Goes, Nogueira and Ricardo Arona would have let him disrespect an entire country like that? Conan will stand with whatever team is willing to pay him the most money, and that will always be his legacy in the sport.
The day Dan Lambert stops paying his salary is the day he will stop representing American Top Team and put his legacy back up for sale, except this time Brazil will remember.” #UFC