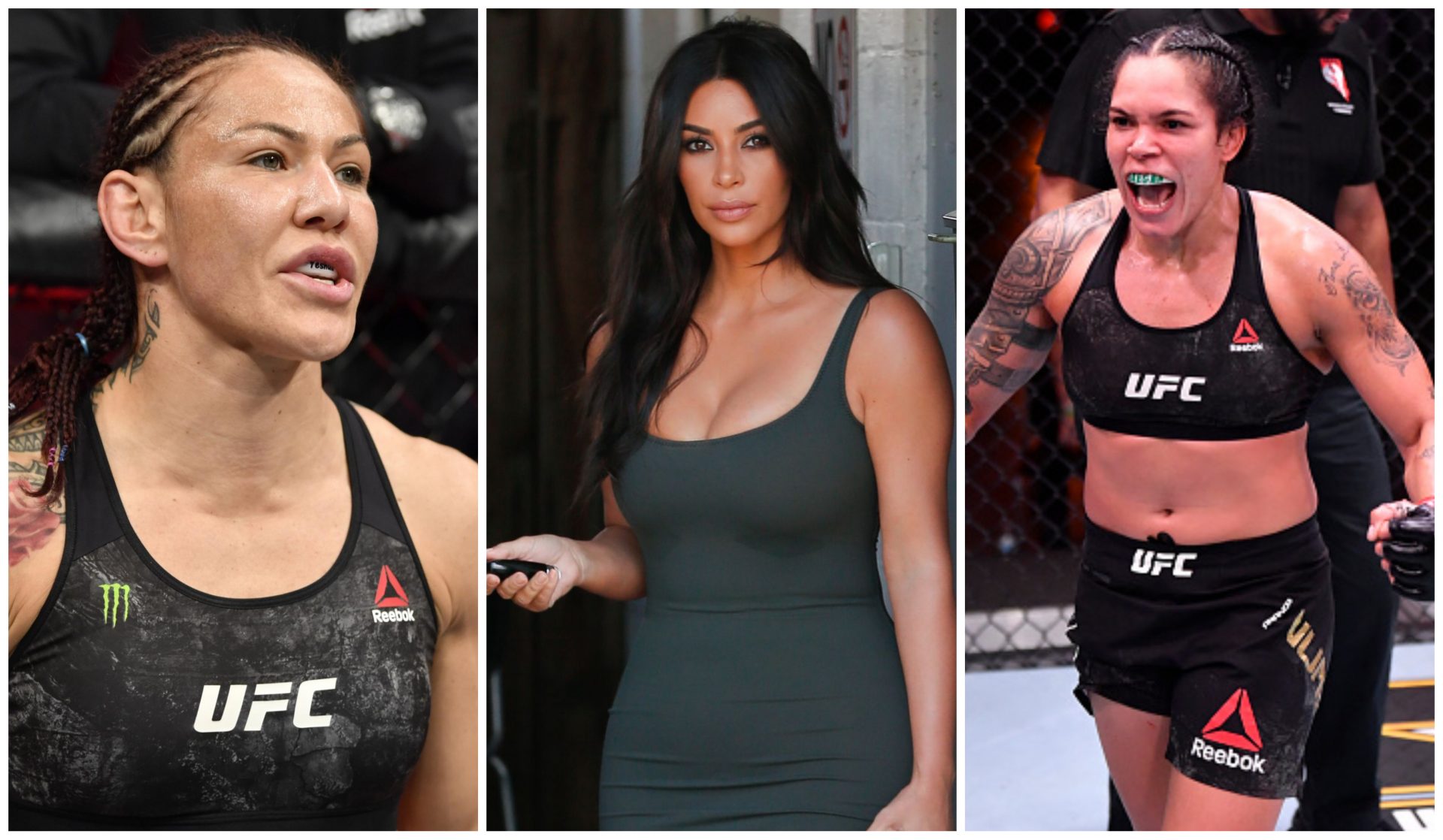 Actress, model and businesswoman Kim Kardashian has recently become a viral topic in the combat sport community, all thanks to Amanda Nunes calling out the celebrity for a fight, and Cris Cyborg has a say in it.

IT all started when UFC president Dana White pulled a joke regarding the possibilities of YouTubers turned boxers Jake and Logan Paul ever entering the sport of mixed martial arts, and he compared it to Kim Kardashian wanting to fight Amanda Nunes.

Meanwhile, Nunes caught up to White’s comments and although they were in good humor, the UFC women’s bantamweight and featherweight champion took to Twitter to jokingly call out Kim for a future fight in the Octagon.

While it’s all fun and games, the banter came under the radar of Crys Cyborg, current Bellator Women’s Featherweight Champion, former UFC Featherweight titleholder and a long time rival of Amanda Nunes.

Responding to the tweet from Nunes, Cyborg wrote in Portuguese that if not Kim, there is one much anticipated fight that the MMA fans are eagerly waiting to see.

Well, it leaves no room for doubt that Cyborg is suggesting a rematch with Nunes. The two had clashed against each other at UFC 232 on 29th December 2018 in Inglewood.

Coming off from two title defenses, Cyborg lost her Featherweight title to a first round KO from Nunes, and the loss also broke her 13-year undefeated streak in her MMA career.

Initially, there were talks ongoing to pit the two Brazilians inside the cage for the second time for the much awaited rematch. However, following her win over Felicia Spencer, the UFC did not offer Cyborg a contract extension and she found herself joining Bellator MMA.

Although the two are currently in different promotions and a rematch is not possible, both Nunes and Cyborg still share the bitter rivalry that once was the center of attention in the UFC. However, a cross-promotion fight, which may be a possibility in the future, will be the only way the rematch can take place.

Do you want to see a rematch between Amanda Nunes and Cris Cyborg? Who do you think will have the upper hand? Let us know in the comments.