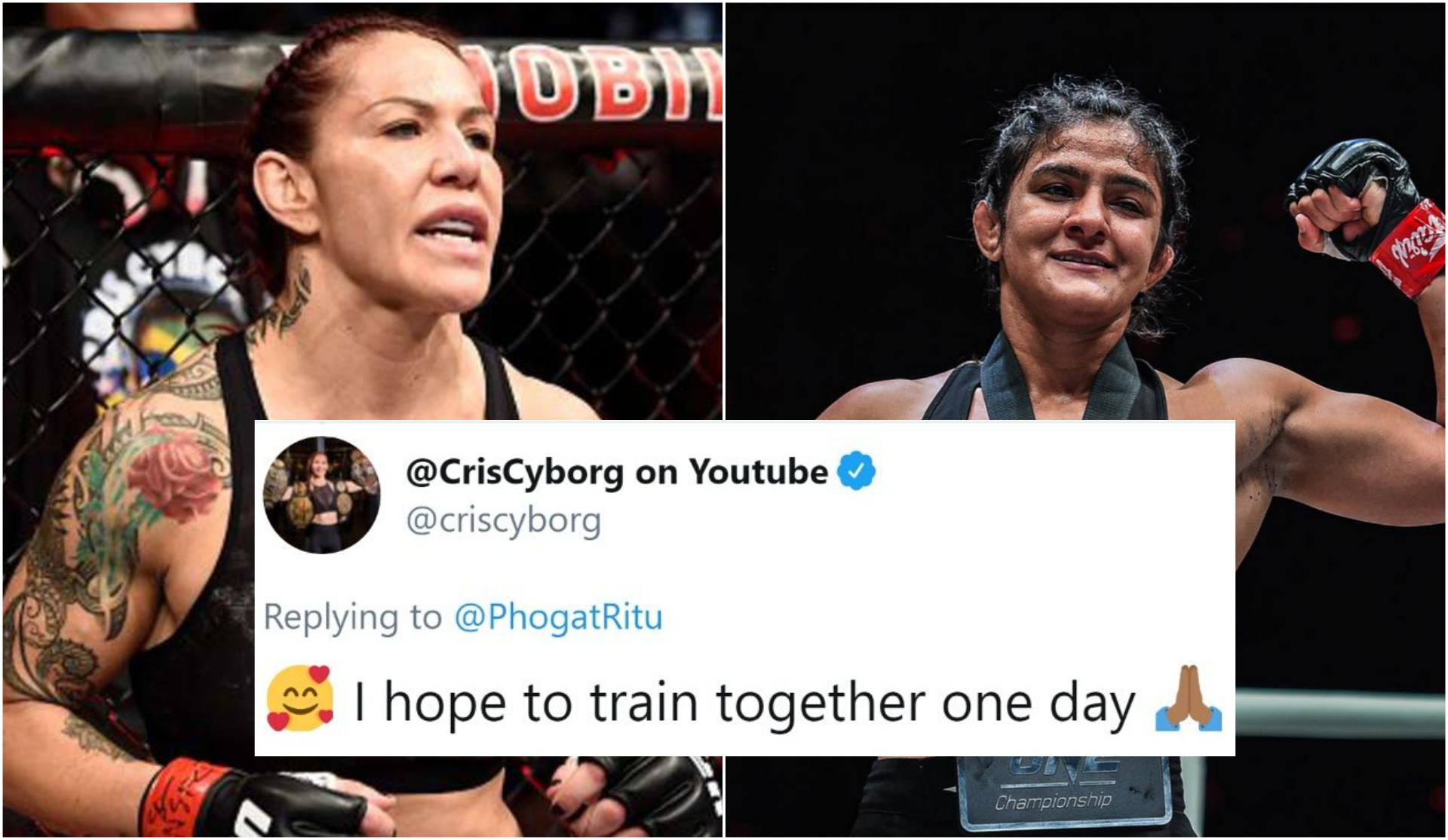 In a short time, Ritu Phogat has become the face of Indian Mixed Martial Arts.

The sport of Mixed Martial Arts has been growing in India for quite some time now, Fighters from numerous parts of the country have fought in both international and local promotions. However, none of them has managed to capture an audience for themselves except Ritu Phogat. 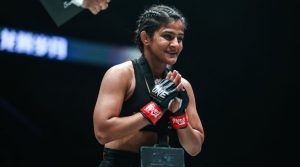 My wish for you is that you continue to love life and never stop dreaming. May beauty and happiness surround you, not only on your special day but always champ @criscyborg 🤗😍 pic.twitter.com/HjbgPWKndZ

“My wish for you is that you continue to love life and never stop dreaming. May beauty and happiness surround you, not only on your special day but always champ @criscyborg,” Phogat tweeted.

It didn’t take long for Cris Cyborg to reply and she expressed interest in training alongside Ritu Phogat.

🥰 I hope to train together one day 🙏🏾

“I hope to train together one day,” Cyborg replied.

Ritu Phogat: I am ready to fight Stamp Fairtex

While it’s unclear as to when Phogat will fight next, she is already eyeing top fights in her division. Speaking to Parvin Dabas, she said that she wants to test herself against ONE atomweight Muay Thai champion Stamp Fairtex.

“She [Stamp Fairtex] competes in the atomweight division and she has been doing well. She is also a Muay Thai champion in the same weight class and I want to test myself against the best. I respect all my opponents and I am ready for whoever ONE championship matches me with,” Phogat told MMA India Show back in April.

Stamp Fairtex is currently 4-0 in MMA, with three of her fights ending in a stoppage. Her Muay Thai pedigree is extremely elite, however, Phogat isn’t too worried about Stamp’s striking pedigree.

“My wrestling is elite and in the fight, I will use it and make sure that she fights to my strength,” Phogat continued.