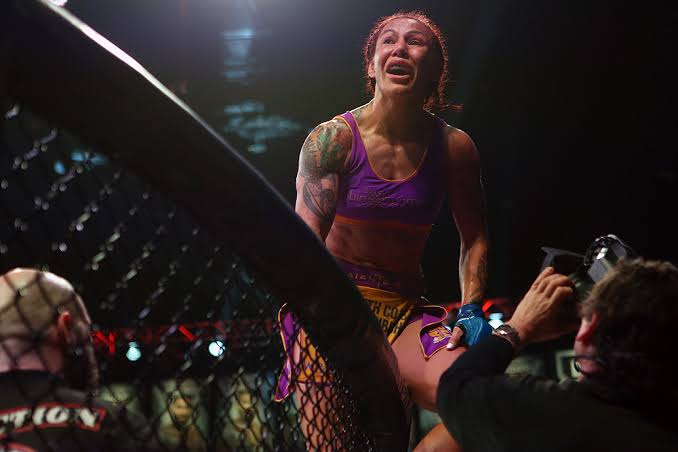 Obviously she earned a crack at Bellator’s featherweight belt right away as she took on long time champion Julia Budd. Further expanding her dominance, Cyborg defeated Budd via fourth round TKO to snap her 11-fight winning streak. 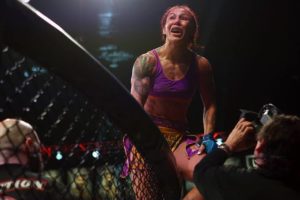 Cyborg seemed to have won all three rounds before the finish manifested itself. Cyborg came in with guns blazing in the first round. She carried on her assault with a barrage of knees, elbows and leg kicks. Budd on the other hand, was as tough as they come. Budd’s two losses before, coming against only elite competition in Ronda Rousey and Amanda Nunes. She displayed immense durability before getting caught with a body shot which folded her.

After some misunderstandings with UFC President Dana White, Cyborg parted ways with the UFC. She took on current double champ Amanda Nunes at UFC 232 back in December 2018. Stepping in as a heavy favorite, Cyborg suffered a crushing loss against Nunes, her first setback after almost 14 years.

Cyborg then took on Felicia Spencer at UFC 240 in July 2019. After defeating Spencer, she encountered White backstage for not granting her a rematch against Nunes and accusing him of passing some questionable statements about her. The incident might have been a contributory factor towards her contract not being renewed. Cyborg however is still eyeing a cross promotional bout against Nunes.