Cris Cyborg vacates one title and calls out for another 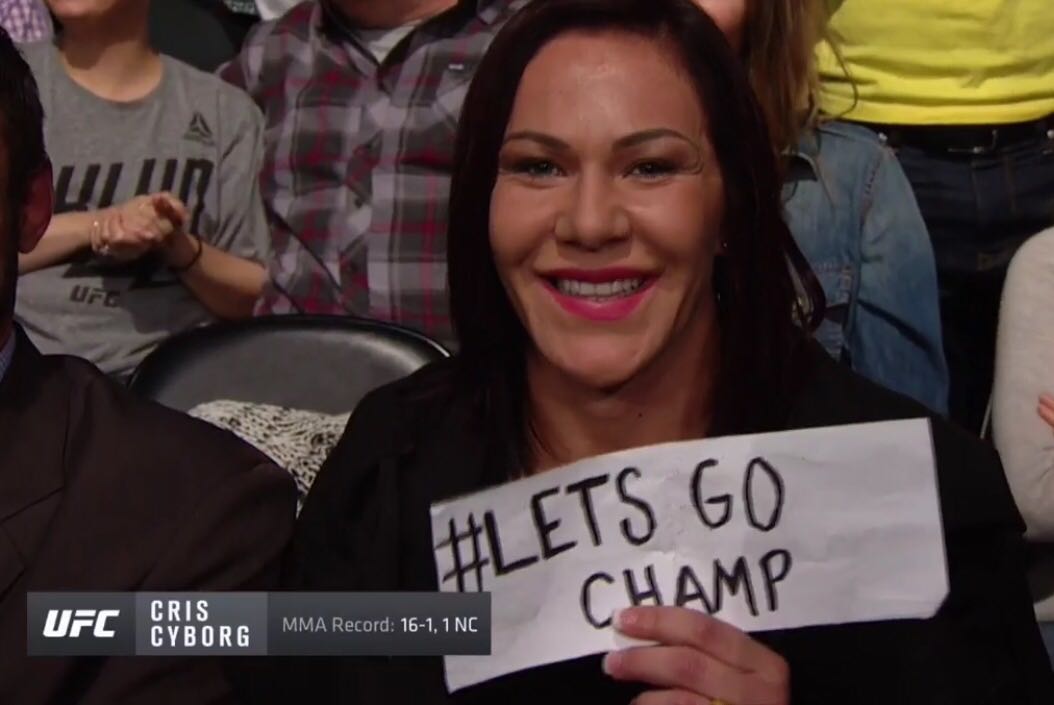 In a video statement (attached), Cris Cyborg first announced her decision to vacate her Invicta featherweight title and then to challenge UFC women’s feather weight champ Germaine De Randaime which she wants to do at UFC 214 which is scheduled for July 29th 2017 in Anaheim California, she ended the video statement by polishing a UFC belt and exhorting GDR to accept her challenge.
Cris Cyborg has been undefeated at feather weight for 10 years now and a lot of people speculated the UFC division was created specially for her, given her well documented troubles of making weight for the bantam weight division.
She was recently given a retroactive clearance after initially being cited for a banned substance by USADA clearing the decks for an early return.
The MMA India Show had recently spoken to Cris Cyborg and we are reposting that episode here as well.