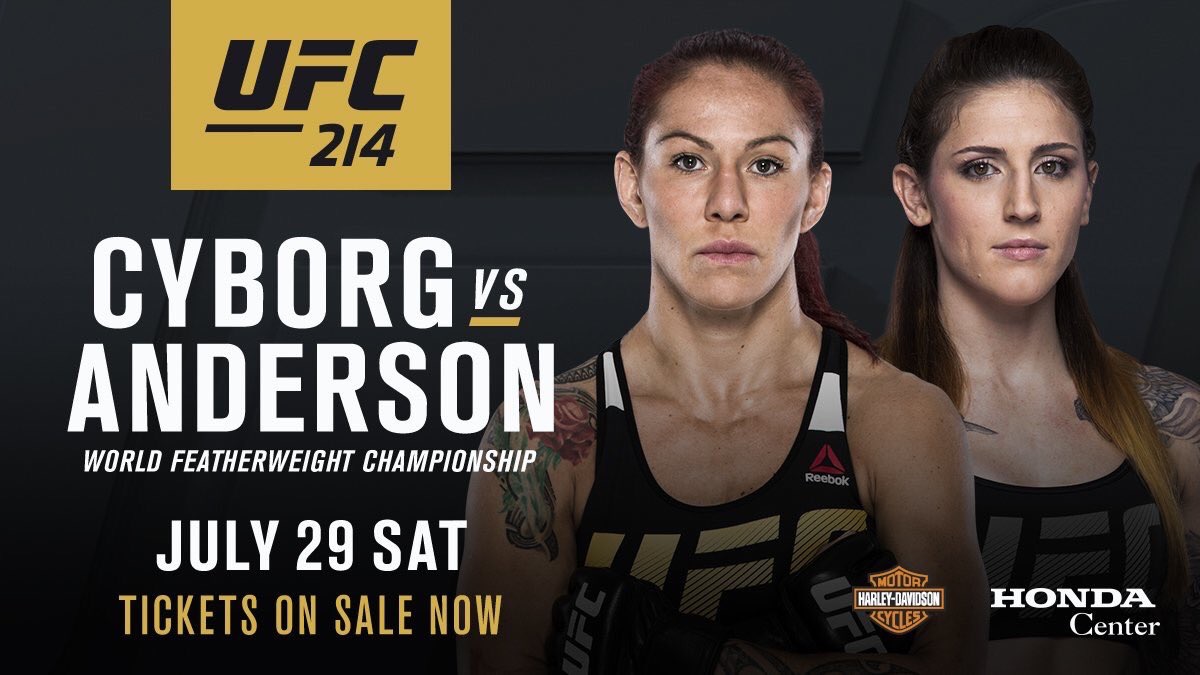 Germaine de Randaime has been officially stripped of the UFC women’s featherweight title due to unwillingness to defend her title against Cris Cyborg.
Germaine had not idea she was being stripped of the title.
Cris Cyborg vs Megan Anderson has now been officially added to the UFC 214 card which takes place on July 29th 2017 at Anaheim, California.
Since Germaine had anyways very recently expressed a desire to move back down to Bantamweight, this should prove to be a shock for her, though she may feint the same.
Cris vs Megan is another fight which seems to have come about because of the desire of the fans to see it.
We say time to fight.