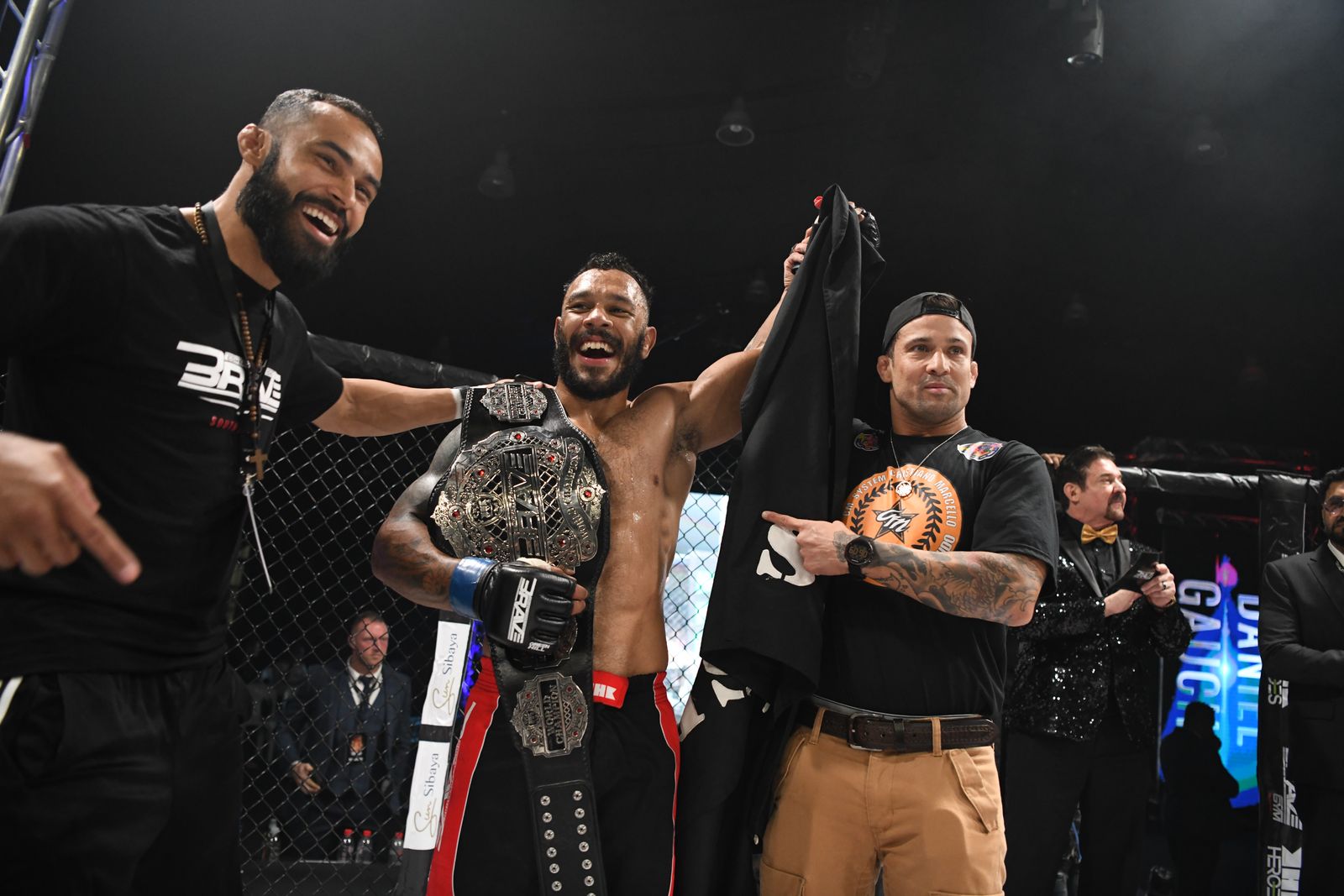 For the third time in four years, the CM System Team and its leader Cristiano Marcello won the Osvaldo Paqueta Award, considered the Oscars for Brazilian MMA, in their respective categories. It was yet another huge award after the gym won Team of The Year for BRAVE CF.

The double cemented CM System’s position as Brazil’s talent hotbed and Cristiano, who himself is signed with BRAVE CF and awaits to make his comeback to professional MMA, as one of the most influential names in the sport. 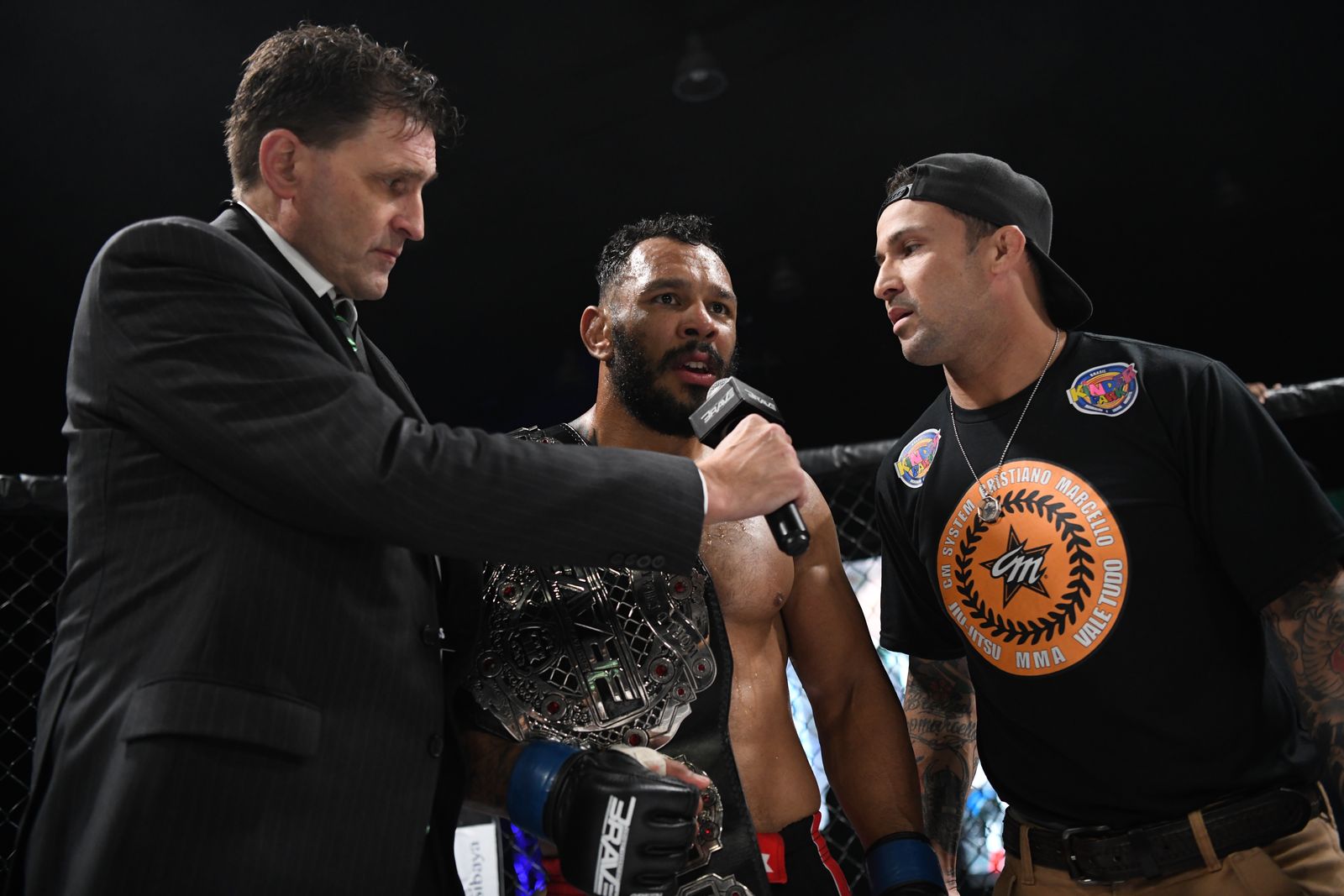 Born in Rio de Janeiro, where he began his Brazilian jiu-jitsu training, Cristiano Marcello later moved to Curitiba, where he joined the world-renowned Chute Boxe team.

Cristiano lived the so-called “golden age” of Chute Boxe, being the one in charge of coaching and training BJJ with legends such as Anderson Silva, Mauricio “Shogun” Rua, and Wanderlei Silva.

At the same time, Cristiano began his own professional career in Mixed Martial Arts, fighting at the biggest international events. But one episode, in particular, turned him into an instant celebrity during MMA’s early days: the backstage brawl with Charles “Krazy Horse” Bennett, at the backstage of the now-defunct Japanese event PRIDE FC.

In the occasion, Cristiano was cornering Wanderlei Silva, who was scheduled to fight in the event and got into an altercation with Bennett, who was also at the backstage.

While Wanderlei kept his warm-up going, Cristiano Marcello was “picked” by the rest of the team to defuse the situation. He ended up locking Bennett into a tight triangle choke, leaving the American athlete unconscious at the ground. The video of the brawl was extensively shared via email chains and forums at the time, becoming a true viral, even before the term became notorious.

In the home stretch of his career, Cristiano, who had already left Chute Boxe by then, alongside most of the big names of the team’s roster, decided to found his own gym and MMA team: CM System, the current recipient of Team of The Year awards at BRAVE Combat Federation.

Within the team, Cristiano surrounded himself with important names of Brazilian MMA but prioritized the grassroots development and bring up his own names, instead of assembling a group of superstars.

The strategy paid off and the “family”, as Cristiano refers to the team, grew considerably. Between comings and goings, CM System had more than 40 professional athletes simultaneously under its banner, a good chunk of those living in the lodging provided by the team, and with full dedication to Mixed Martial Arts.

Inside BRAVE Combat Federation, CM System now counts with a world champion, Daniel Gaucho in the Middleweight division, and a former world champion, Luan “Miau” Santiago in the Lightweight division. Besides that, CM System is also represented at the top of many divisions, with important names such as Felipe Silva, Maria Ribeiro, and Gabriel “Fly Miranda”, among others, carrying the team’s flag inside the BRAVE CF arena.

Previous article
Matheus Nicolau and Luana Pinheiro, the fighting couple aiming gold at BRAVE CF
Next article
FIGHT BACK – with the biggest stars in UFC / Bellator and More…