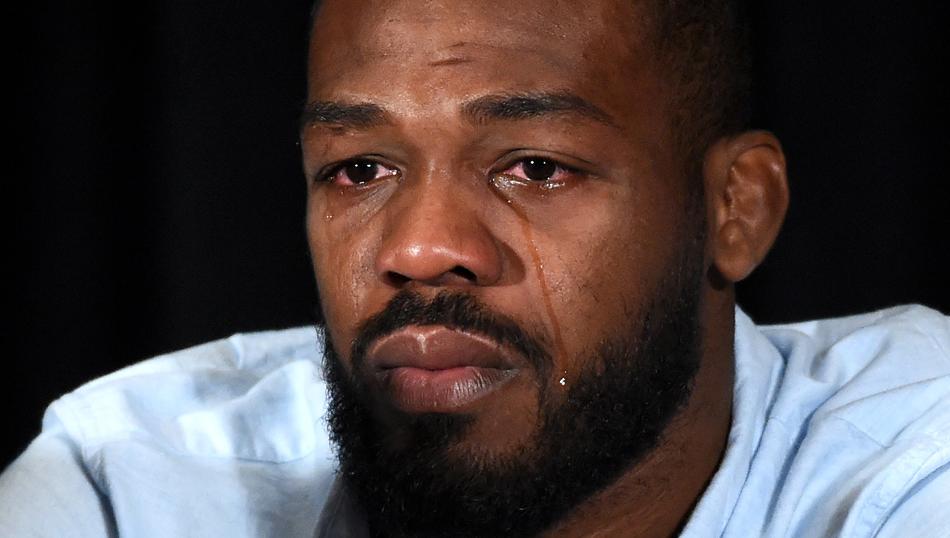 Former UFC Light Heavyweight Champion Jon ‘Bones’ Jones had a California State Athletic Commission(CSAC) hearing on February 27,2018, to decide how the commission would deal with his positive Turinabol test in an out of fight sample on July 28th.

The CSAC ended up voting unanimously to revoke Jones’ fight license and levy $205,000 in fines against him, comprised majorly of 40% of his fight purse of $500,000,  for a title bout against Daniel Cormier at UFC 214.

In face, revoking his license was  one of the lighter punishments that the CSAC could have dealt out to Jones, as this would allow him to reapply to fight in the state as soon as August 2018, should USADA not ban him for longer.

Jones in a long and impassioned defense of his character said,” You can call me a party boy, a knucklehead but a cheater is something I will never, ever admit to. It’s just not who I am.”

He further added,”I’m not the same person I was 3 years ago when I had that hit and run. Since then it’s been science that’s been kicking my ass.”

When asked if he still wants to be a role model Jon Jones replies, “Absolutely.”When asked if there’s still things he wants to do in the sport Jon Jones says, “I want to take that belt away from Cormier”.

Further in his defense Jon Jones said, “I did not do steroids. I swear to my heavenly father that I am not wrong.”

Jones said he did not take the USADA tutorials and that his management did them on his behalf back in 2015. Commissioner asked if Jones’ management “forged” his signature and he said “yes.”

Andy Foster on behalf of Jones said,”don’t believe we should end Jon Jones’ career but I do believe he should sit out for a while. … I think we should revoke his license. I don’t think Mr. Jones gets to be a mixed martial artist right now.”

Jon Jones still has to face USADA at some point down the road following this CSAC hearing. He just admitted that his management team took his USADA anti-doping tutorials for him.
He can reapply in August 2018, but again, CSAC won’t accept an application until his USADA hearing is complete and he serves whatever punishment USADA gives him. That could very well go past Aug. 2018. Unclear what USADA will give him at this time.Until USADA conducts their own case, there is no final verdict.
The CSAC is saying “they” believe USADA will only give him 18-24 month suspension.
Read Also:
https://www.mmaindia.com/ufc-222-frankie-edgar-conor-mcgregor/
https://www.mmaindia.com/ufc-michael-bisping-luke-rockhold-trilogy-fight-retirement/

Previous articleBoxing: Joseph Parker reveals his pick for Deontay Wilder vs Luis Ortiz
Next articleMMA Roundup: Who said what? (28/2/2018)