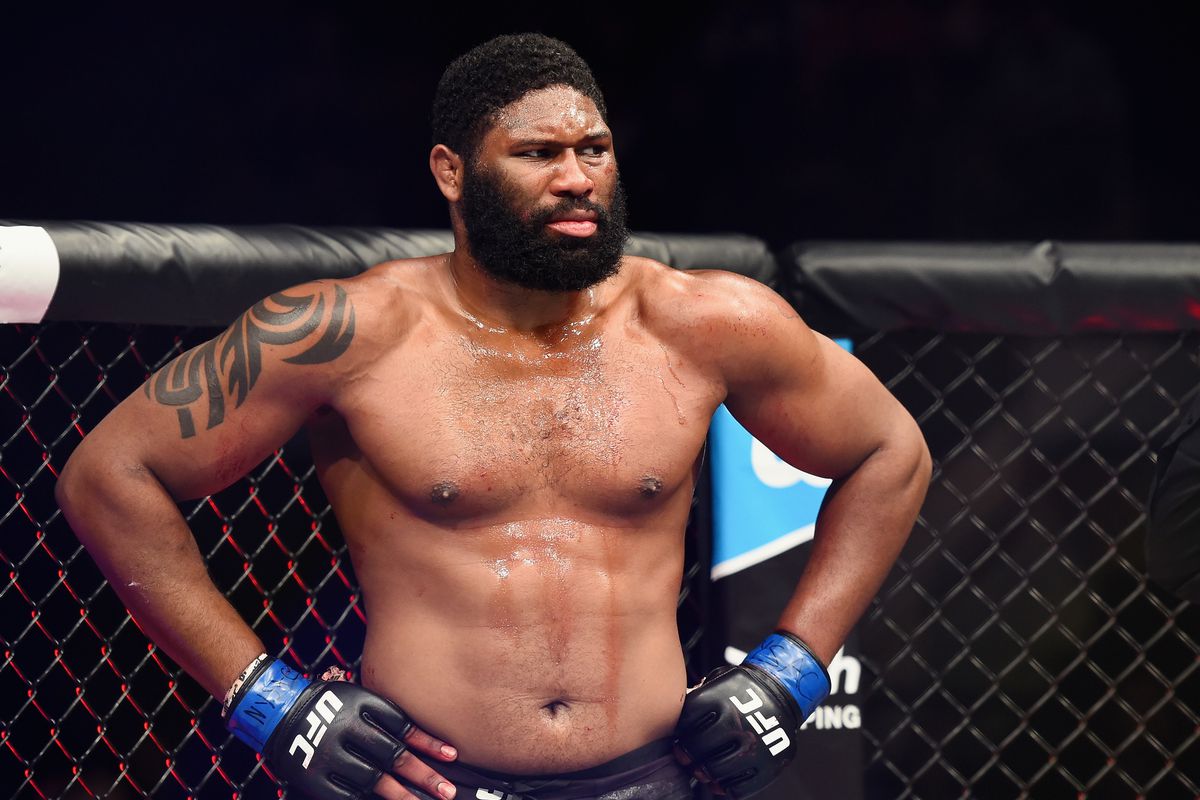 The fight will take place on 20th February. It will be a highly entertaining fight as the pair were scheduled to fight in November of 2020, but the fight was cancelled just a day before as Derrick Lewis tested positive for Covid-19.

The stakes are high for Curtis Blaydes heading into this fight. He is currently riding on a four-fight winning streak and has won nine of his last ten fights. His sole loss during this run came against former title challenger Francis Ngannou. 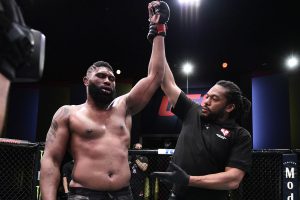 Curtis Blaydes last fought against Alexander Volkov at UFC on ESPN 11 and defeated him via unanimous decision. Prior to that, he scored stoppage victories over Junior Dos Santos and Shamil Abdurakhimov.

Despite such a terrific performance, Curtis Blaydes doesn’t have any hopes of fighting for the title anytime soon. The former light heavyweight champion of the world Jon Jones has moved up to the heavyweight division and will likely fight the winner of Stipe Miocic vs Francis Ngannou 2.

This leads to Curtis Blaydes fighting two to three times more before he is even considered for a title shot.

“I just roll my eyes,” Curtis Blaydes said in a recent interview. “I’m not old so I’m not in a rush so I’ll get there eventually. Honestly, it’s not even a guarantee that Jon will take the fight cause I heard he also has his eyes on the winner of the Izzy (Israel Adesanya) versus [Jan] Blachowicz fight. If he’s got his eyes on that one, he’s not all in on this heavyweight matchup so it’s not a guarantee. I’m not worried about it. If it does happen, I guess we’ll cross that bridge when we get there.

“Worst case, I’ve always iterated, if I have to clean out the division, I will. I will do that. I have a family at home that I provide for so the more active I am, the better for them. The ultimate goal is the belt but we’ll get there.”

Curtis Blaydes also revealed his gameplan for the Derrick Lewis fight. He revealed that he is going to outwrestle him.

“The more aggressive you are, the easier is it is for me to get to your hips,” Blaydes said about taking Lewis down. “Even if you’re more counter oriented like Junior dos Santos was, as long as I’ve got you on your back heel, I’m winning the fight and eventually either the takedown or the strikes will open up.

Who do you guys think about the fight between Curtis Blaydes and Derrick Lewis? Who wins this? Let us know in the comment section below.