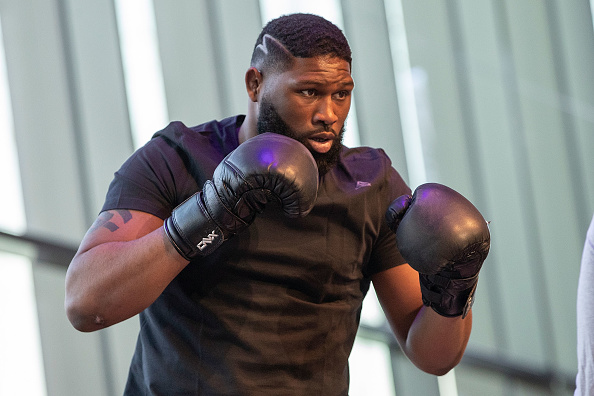 Justin Willis has been speaking out against Curtis Blaydes recently, calling him a boring fighter. The two are set to square off at UFC Nashville in the near future. However, Blaydes does not mind Willis’ trash talk, saying that while the fighter was feeling the need to call him out, it was only giving him more confidence.

Curtis Blaydes said that he was not flustered by the trash talk that Justin Willis was bringing to the table. He said that Willis was trying to be the next Colby Covington, and play mind games with him ahead of their upcoming fight.

“He thinks he’s the next Colby Covington or whatever, I don't know.”@RazorBlaydes265 refuses to bite on Justin Willis’ trash talk ahead of #UFCNashville.

“I think he feels his hands are not good enough. He has to get inside my head, he needs me to be mentally unstable in order to beat me. Which only adds more confidence in myself. I have never needed to play mindgames.”

The two will face each other at UFC Nashville.