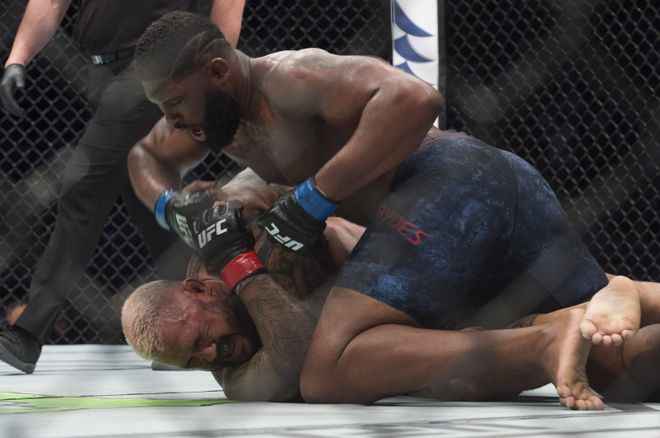 Curtis Blaydes secured a huge win at UFC 221 when he defeated Mark Hunt. The result, apparently, couldn’t have come at a better time for the Heavyweight.

Blaydes revealed that he only has one fight left on his UFC contract and went on to note that he wants a decent offer from the promotion. Surprisingly, Blaydes also mentioned that he is ready to negotiate with Bellator.

“If the UFC allows me to get to that fourth fight without a decent offer … I’ll listen to Bellator. They’ve been offering guys fat, fat contracts, and those heavyweights aren’t nearly as good as the ones in the UFC. So the enticement is there – lesser competition for more money.” Blaydes told MMA Junkie.

Currently, on a three-fight winning streak, Blaydes also spoke about the negative reactions he is getting from the MMA Community.

“I don’t care if no one ever learns my name, as long as my bank account is full. Because I’m not getting hit in the face just because I like it,” he added.

The Oklahoma native joined UFC in 2016 and has a professional record of 9-1 to showcase. His only loss came against Francis Ngannou two years back in his UFC debut.