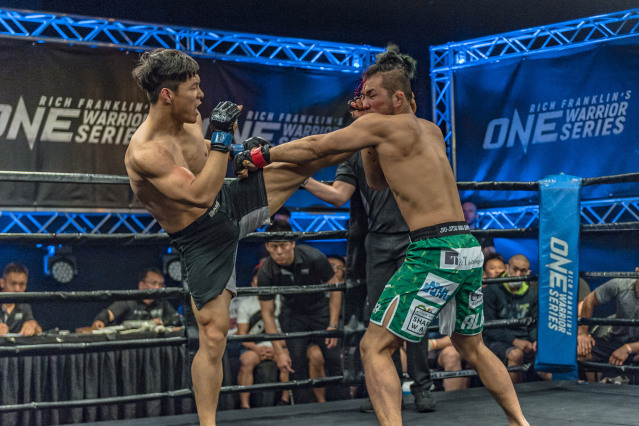 “Crazy Dog” Dae Sung Park is steadily making a name for himself as one of South Korea’s most promising talents on the ONE Championship stage.

The 26-year old from Jeonju has been nothing but impressive since joining the largest martial arts organization in the world, racking up four consecutive wins, a streak that began when he became one of the earliest success stories on Rich Franklin’s ONE Warrior Series.

A taekwondo practitioner during his elementary days, Park eventually found his way to amateur wrestling when he enrolled in a sports high school. It was then that his passion for martial arts began to grow. 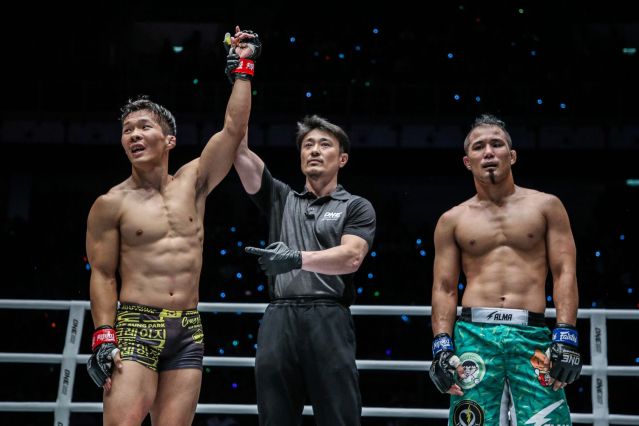 In junior high, Park stumbled upon mixed martial arts on television, and from then on, he knew that it was something he wanted to do.

“I watched mixed martial arts on television when I was in junior high school and I thought to myself that I wanted to try it out,” Park recalled.

Inspired by his idol Yoshihiro “Sexyama” Akiyama, who was also born in South Korea, Park began training in judo, until finally devoting himself to mixed martial arts.

In 2013, Park began his mixed martial arts journey by debuting for legendary Japanese promotion Shooto. While Park’s career began on a sour note, he would immediately bounce back by going unbeaten in his next six contests.

Catching the attention of ONE Warrior Series CEO and mixed martial arts legend Rich Franklin because of his impressive record on the regional circuit, Park was invited to be part of the inaugural ONE Warrior Series event in Singapore back in 2018.

His spectacular first-round technical knockout win over Japan’s Kimihiro Eto was enough to earn him a spot on ONE Championship’s main roster, and since then, “Crazy Dog” has never looked back.

In his first opportunity on the big stage, Park immediately went to work, defeating Trestle Tan by unanimous decision and then following that up with another stoppage win over Eto the following year.

Park’s most recent victory is his most significant one by far, edging out former ONE Featherweight World Champion Honorio “The Rock” Banario.

For Park, his win over Banario is easily his best and most memorable performance since beginning his career.

“I would say that the most memorable performance I’ve had so far was against Honorio Banario. He was a former champion and he has had a great career, so it was my absolute honor to have been able to share the Circle with him.”

Park adds that being able to get the better of a former world champion has given him the belief and the confidence that he too can one day become a world title holder.

“Honorio Banario is definitely a true champion, and by being able to win that match, I believe that I earned honor and I gained confidence in myself that I too can become a champion as well, one day,” Park added.

Now, as one of the top contenders in the talent-rich lightweight division in ONE Championship, Park’s primary goal is to do just that: become a world champion.

“Right now, there is only one goal for me, and that is to become a ONE World Champion,” says Park.

As of the moment, Park may not exactly be in the front of the line in terms of being the number one contender to Christian Lee’s ONE Lightweight World Championship, but the South Korean star knows that he’s close.

With that in mind, Park has his sights set on facing another top contender who also recently was able to take down a former ONE World Champion from the Philippines.

“I really want to compete against Pieter Buist. I actually had the opportunity to fight him before, but unfortunately the fight didn’t push through,” Park revealed. “I really want to test my skills against him.”

Buist, the rangy striker from the Netherlands, recently recorded the biggest win of his career by edging out former three-time ONE Lightweight World Champion Eduard “Landslide” Folayang.

Park understands that a win over Buist could improve his chances at becoming the next number one contender.

“He did a great job against a former champion like Eduard Folayang, and if I can beat him, I think I would be very close to a title shot,” Park added.

World championship opportunities aside, Park is finally getting the recognition that he deserves, and it’s largely because he’s been putting on great performances on the big stage.

For Park, being a ONE athlete in itself is already a great honor.

“The biggest difference with ONE is that we athletes can really feel that we are being taken care of, and that we are really the company’s first priority,” says Park.

Being a part of the ONE Championship family and being in the position he is in now is something that Park says he owes to that life-changing experience he went through with ONE Warrior Series.

“If there was no ONE Warrior Series, then definitely, there is no Dae Sung Park right now,” he said.

Now on the cusp of stardom, Park is more than proud to be representing his home country every time he steps into the ONE Circle.

“It’s really an honor for me to be able to represent my country of South Korea in the biggest martial arts promotion in the world,” he concluded.