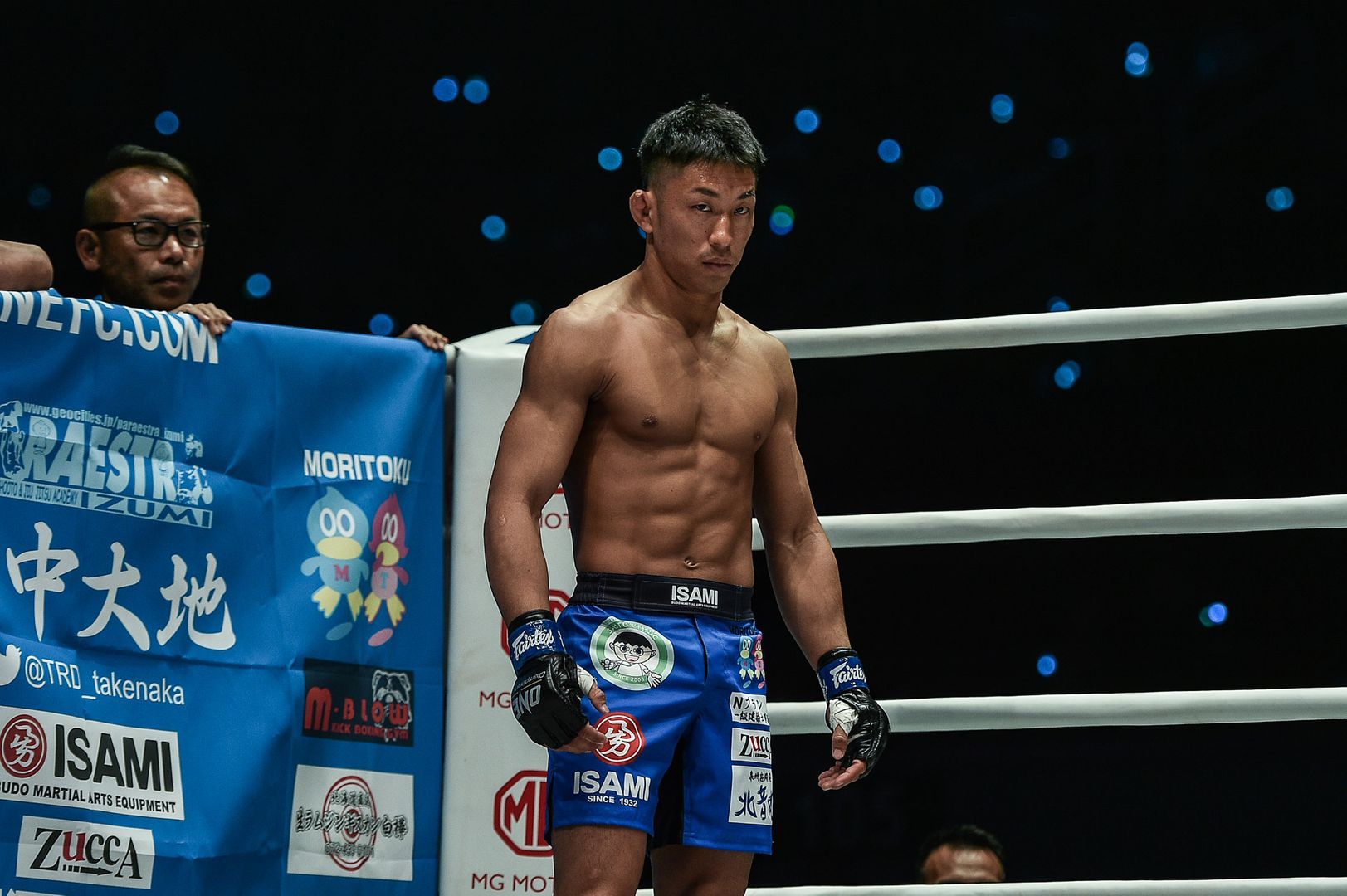 After doing a number in ONE Championship’s bantamweight division, Japanese star Daichi Takenaka will look to make waves in a new weight class.

It’ll be the Osaka native’s first time competing at flyweight, and he couldn’t have asked for a better welcoming to the division.

“The offer came when I thought that I wouldn’t have any more bouts for a while. So I was like, ‘Thank God! Finally, I can fight!’” Takenaka said.

Delfino last competed against Tatsumitsu “The Sweeper” Wada at ONE: FIRE & FURY in January 2020, and Takenaka has studied that bout intently for his upcoming foray. 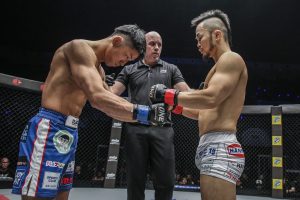 With that said, it wasn’t what he saw from Wada that worries him most; it’s what he didn’t see.

Daichi Takenaka looking for a stoppage

“When I saw that bout, I thought he was eerie. I wondered if he had some hidden weapon. In the end, there was nothing, and it went to a decision, even though there seemed to be something,” Takenaka said.

“I wondered if his performance in the bout against Wada was the real Delfino. He didn’t show much urgency to aim for the knockout or go for the takedown.”

This means the Brazilian Mixed Martial Arts Champion may be saving his most prized weapons for this Friday’s bout. However, even if Delfino surprises Takenaka inside the Circle, the latter promises to stick to his own techniques to see him through.

“If you know what your opponent is skilled at, it is easier to make a strategy even if the opponent is strong. That’s why I don’t prepare countermeasures and just try to show what I am good at,” Takenaka said.

Ultimately, Takenaka believes it will be his hands that deliver the goods. But if a standup battle isn’t working for him, then he’s also open to taking the matchup to the ground.

“I’ve been developing my boxing pretty seriously, so I think I’ll win by KO with punches or by rear-naked choke,” he said.

“My training buddies and cornerman say that judging only from Delfino’s bout against Wada, I should be able to finish him.”

Catch all the action at the previously recorded ONE: UNBREAKABLE II, this Friday, 29 January, by downloading the ONE Super App or tuning in to Hotstar or Star Sports Select 2 at 6 p.m. India Standard Time (IST).