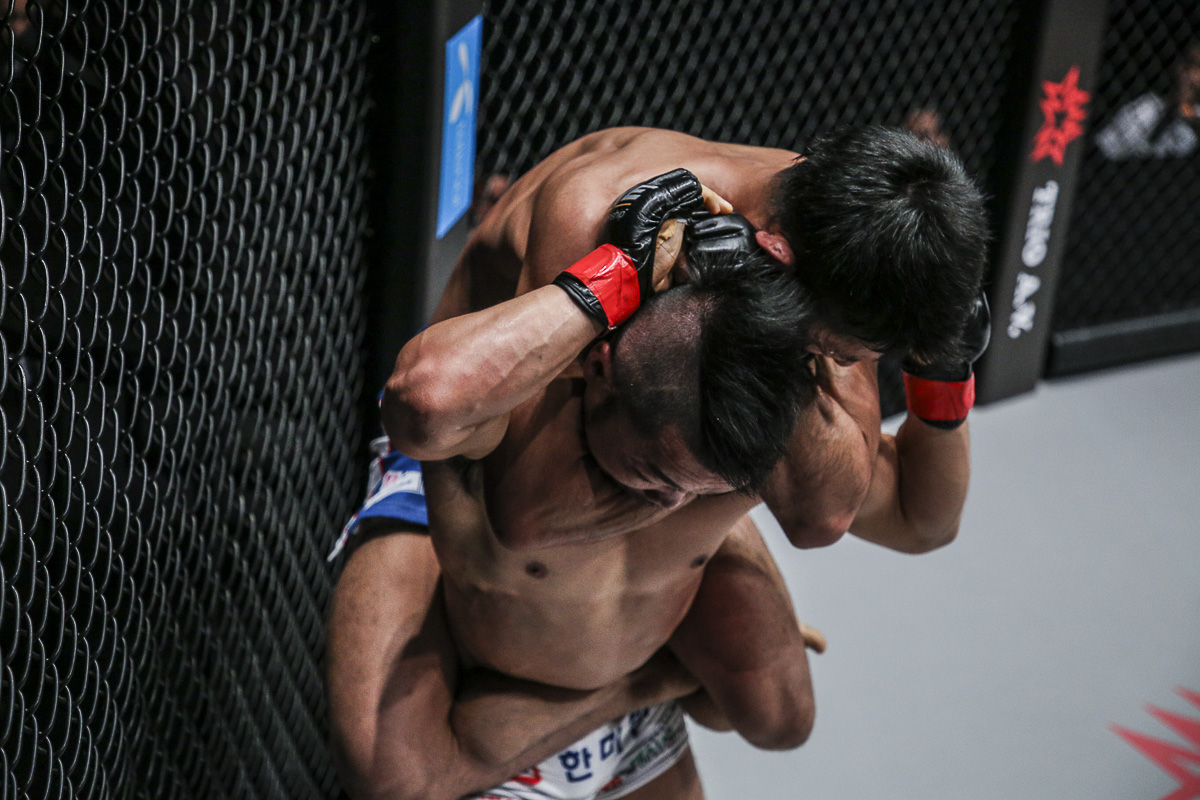 Daichi Takenaka earned his first win in ONE Championship on Friday, 23 February, but it probably did not happen the way he had envisioned.

The Japanese grappling specialist got a disqualification victory over former ONE Bantamweight World Title challenger “Ottogi” Dae Hwan Kim at ONE: QUEST FOR GOLD from the Thuwunna Indoor Stadium in Yangon, Myanmar.

It was an unfortunate ending after what appeared to be a near-finish from Takenaka in the opening round. 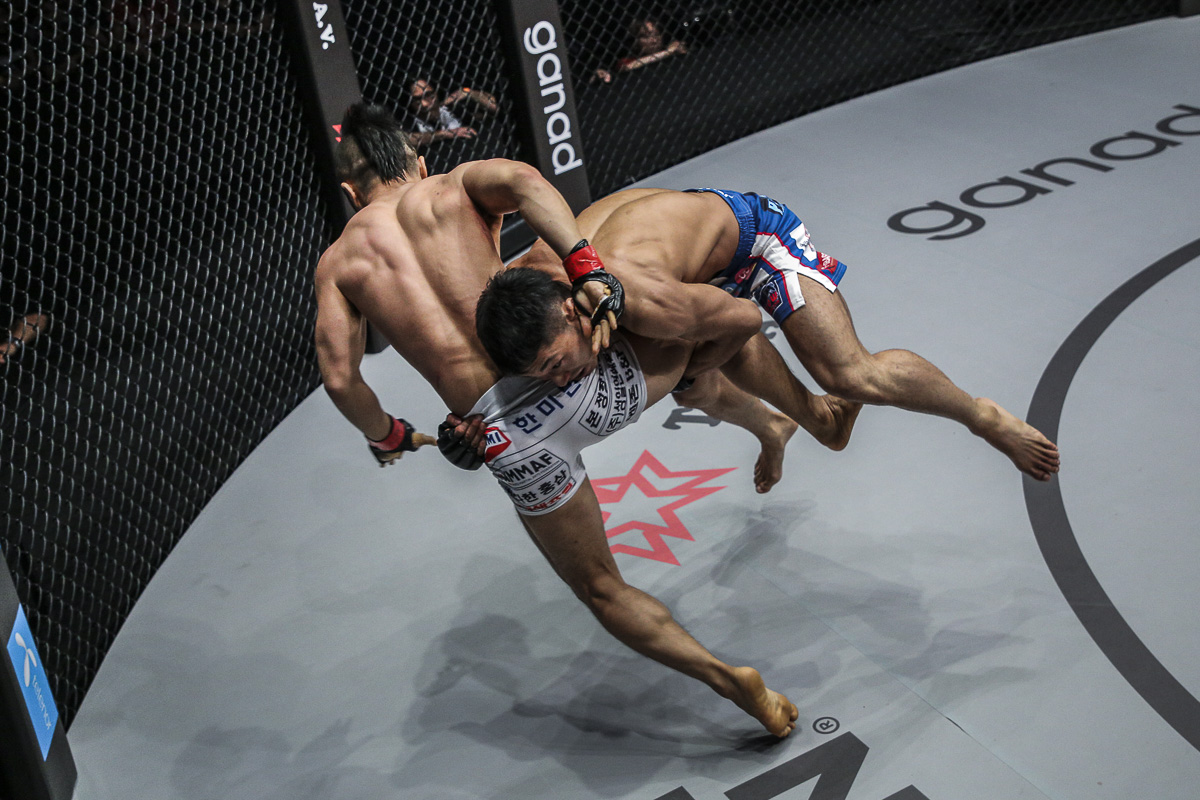 With a string of rear-naked choke victories on his record, Takenaka — a Shooto featherweight champion — was definitely looking to get this match-up to the ground, as he pursued Kim relentlessly until dragging him to the mat.

The Japanese competitor methodically passed through Kim’s defense before latching onto his back and locking his legs around the waist in a body triangle position.

“Ottogi” was somehow able to stand up to his feet, but he had Takenaka attached to him like a backpack as he started searching for the rear-naked choke.

After a battle of hands, Takenaka finally secured his arm under the chin. The grimace on the South Korean’s face was unmistakable, so he went for a desperation dive to try and shake off the submission.

Kim launched himself to the ground. In doing so, he accidentally spiked Takenaka’s head into the mat, which immediately forced referee Olivier Coste to call for a pause to the action. Somehow, Takenaka was still holding onto the choke after hitting the mat, but was clearly dazed from the illegal move.

With Takenaka still rattled from the ill effects of the move, Coste had no choice but to issue a red card, which disqualified Kim from the contest and brought an end to the bantamweight tilt.

It was not the picture-perfect ending he envisioned, but Takenaka moves to 11-0-1 in his career. Kim, clearly disappointed with the turn of events, has now dropped two bouts in a row.